How should we be praying about impeachment, conviction?

Ask any random 100 adherents of a religious faith about the nature of prayer and you're likely to get 148 different answers. So it should not be a surprise if the Religion and Politics opinion piece I'm linking you to here doesn't accurately reflect whatever you think about prayer. 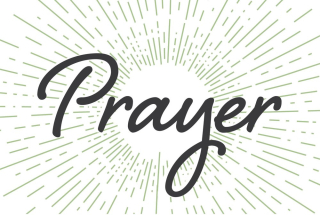 The author of the piece, Guthrie Graves-Fitzsimmons, is the author of Just Faith: Reclaiming Progressive Christianity, which will be published by Fortress Press next year.

And the subject has to do with how proponents and opponents of impeaching and convicting President Donald J. Trump think about and use prayer to support their positions or at least to guide them as they consider their positions.

Which raises the question of whether prayer should be used as a political weapon. It appears that it's being used exactly that way by both proponents and opponents of impeachment (now a done deal) and conviction (I'll be surprised if it ever gets to be a done deal in this case, but given other surprises this year, who knows?).

The Graves-Fitzsimmons article notes that House Speaker Nancy Pelosi (I wrote about her and prayer here recently) and Trump have different approaches when it comes to prayer, a conclusion that should surprise no one.

"The differing approaches of Pelosi and Trump — both self-proclaimed Christians — he wrote, "mirror the disparate reactions from Christian leaders and groups in the United States. Progressive Christians have called for prayer and reflection as Congress searches for the truth. Conservative Christians have continued their prayer from the 2016 campaign and the Trump White House: asking God to help Trump, which in turn helps enact conservative policies they support."

Prayer sometimes seems like a mysterious practice. It can amount to simple demands on God, who once was described in such cases as a "cosmic bellboy." But such a view of prayer is severely limited. Among the healthier views of prayer are ones that see it as trying to center our lives on and in God and to discover, not through petitions but through listening, what God's will might be in this or that situation.

A bumper sticker way of thinking about prayer comes from author Anne Lamott, who suggests that prayer can be distilled to this: "Help. Thanks. Wow."

Like all bumper sticker ways of viewing the world, it's cute and contains some truth but is unhelpfully simplistic, failing to notice, for instance, that in addition to intercessory prayer ("Help") there are many other kinds of prayer, including centering, meditative, adoration, praise and thanksgiving.

In the case of national issues, whether that means war or unemployment or impeachment, I think prayer should be thought of not as a tool of demand but as a tool of exploration, of humility, of longing. We should be open to answers we don't expect. We should not assume we know the result for which we should be praying. Rather, we simply should put ourselves in God's way and listen.

If that sounds like too passive, I suggest that this part of the famous Lord's Prayer -- "thy will be done on Earth as it is in heaven" -- must sound too passive for you, too. But prayer is not about controlling God. Prayer is about God changing us, even if it's just by opening our eyes to some truth we hadn't previously noticed. We all could learn something here from a non-theistic tradition, Buddhism, and not fall into deep desire for a particular outcome of prayer. It's such desires that can lead us astray.

When Christianity Today, a magazine known to be evangelical in character, published a recent editorial calling for the conviction of President Trump on impeachment charges, Trump fired back in his usual gun-slinging way. He called CT (and, by the way, Mr. President, it's CT, not ET, as you had it in a tweet) a "far left" or "very progressive" magazine, a description that would surprise its readers. And he said this: "No President has done more for the Evangelical community, and it’s not even close." Well, that contention can be debated, but it's certain that deep evangelical support for this president, whose life has been a rejection of core evangelical values, has damaged evangelical Christianity in profound and perhaps lasting ways, to say nothing of calling into question whether religion itself has a moral center. When historians tell the story of evangelical support for Trump (especially among white evangelicals), it's going to be a sad lesson about rejecting many of the values on which evangelical Christianity is based. It's going to be a story of strange bedfellows, a story that will have left evangelicals ultimately feeling used, perhaps not unlike the way Stormy Daniels and Karen McDougal have felt, even after they received hush-money payments.