Home Archives Profile Subscribe
Houses of worship targeted heavily in 2019
How should we be praying about impeachment, conviction?

What to learn from Bloomberg's misjudgments

Because I doubt that the presidential candidacy of former New York mayor Michael Bloomberg (pictured here) is going to get very far, I'm not sure it's worth worrying too much about his performance as mayor or his policy proposals he'd likely follow if he became president. 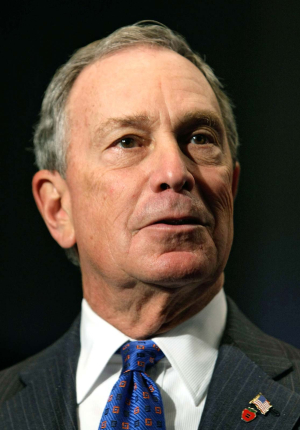 That said, there is something to learn about two of his badly misguided policies as mayor that can help current politicians seeking higher office avoid Bloomberg's mistakes, and this Huffington Post piece can guide us.

Bloomberg already has apologized for one such policy. It was the stop-and-frisk practice that treated citizens as suspects. As the Huff Post piece notes, "After years of criticism, Bloomberg apologized for stop and frisk just days before announcing his candidacy for president last month."

It took Bloomberg too long to admit his error, but at least he did. And maybe, as president, he would discourage mayors of other cities from adopting such discriminatory practices.

The other terrible policy enacted under Mayor Bloomberg was the "now-defunct surveillance program that mapped and spied on everyday Muslim Americans," as the Huff Post piece describes it: "The NYPD program, exposed by the Associated Press’ Pulitzer Prize-winning series in 2011, confirmed many Muslims’ worst fears and left permanent damage between the Muslim community and law enforcement, even after it ended in 2014.

". . .Bloomberg approved and oversaw the program, saying it is what he 'expected' the NYPD to do. He staunchly defended the surveillance when it was exposed and widely condemned."

Because Bloomberg has not apologized for that program, New York (and other) Muslims are wondering how, if at all, a Bloomberg presidency would differ from the anti-Muslim policies of the Trump presidency.

The lesson here for voters is that whoever is president must be president of all in our religiously and racially pluralistic nation. No group -- whites, blacks, browns or others; Muslims, Christians, Jews, Hindus, Buddhists, Sikhs or others; straight or LGBTQ or others -- should feel unwelcome in America unless, like ISIS or al-Qaida terrorists, they have the goal of damaging or destroying America.

So as you think about whom to support for president in 2020, give thought to how each candidate deals with the requirements of fairness and equity in a religiously pluralistic nation. Otherwise we're just buying (more) trouble.

WHAT DOES THE PRESIDENT'S MIDDLE INITIAL STAND FOR?

The phrase “Trump to Jesus” trended on Twitter on Impeachment Day this week when two GOP representatives alluded to the biblical account of the crucifixion of Jesus. Aren't you glad you're not a professional historian who one day will have to explain all this to future generations? I'm guessing a lot of them will simply report such things and then write: "Don't ask me."