Houses of worship targeted heavily in 2019

The term religious freedom has come to mean many things to many people. So much so that it has led to sharp disagreements. 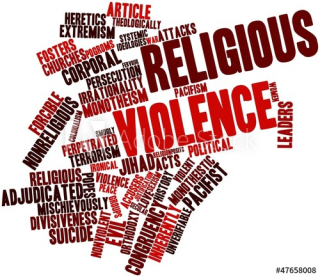 But surely at the very least religious freedom here and around the world should mean the freedom to gather in a house of worship without worrying about whether someone will break in and attempt to murder worshipers.

And yet exactly that kind of violence has happened over and over again in 2019, as this disheartening Associated Press story reports.

In delineating the attacks, the AP called 2019 "a year where attacks on places of worship occurred with relentless frequency. Hundreds of worshipers and many clergy were killed at churches, mosques, synagogues and temples."

Some of the attacks resulted in a small number of people being killed or wounded. Others were far more deadly, including this one: "On March 15, a gunman allegedly fueled by anti-Muslim hatred attacked two mosques in Christchurch, New Zealand, killing 51 people. The man arrested for the killings had earlier published a manifesto espousing a white supremacist philosophy and detailing his plans to attack the mosques."

You can read the distressing list of others, and as you do I hope you will give some thought to how people become so damn certain of their beliefs that they are willing to kill others who don't share them. This kind of false certitude, as I've said over and over, is the opposite of faith, and it's literally killing people.

Gov. Gavin Newsom of California got it right after a murderous attack this year on a synagogue in Poway: “No one should have to fear going to their place of worship. No one should be targeted for practicing the tenets of their faith.”

This kind of violence is enough to make me wonder why God is so patient with humanity. I might have been tempted to end the human experiment long ago. So it's a good thing I'm not the deity.

Thank goodness that people of conscience on the Indian subcontinent are protesting the new misguided law in India that would condition Indian citizenship on religion. The law is one more tool being used by Prime Minister Narendra Modi and his ruling Hindu nationalist Bharatiya Janata Party to turn India from a secular state with religious freedom for everyone into a Hindu state with religious privilege just for Hindus. It's a terrible idea, and the protesters know it. By the way, here is a column on this subject by my friend Markandey Katju, former justice on India's Supreme Court.