Home Archives Profile Subscribe
Can writing really be a ministry?
Another effort to combat American antisemitism

The role of religious people in saving the planet 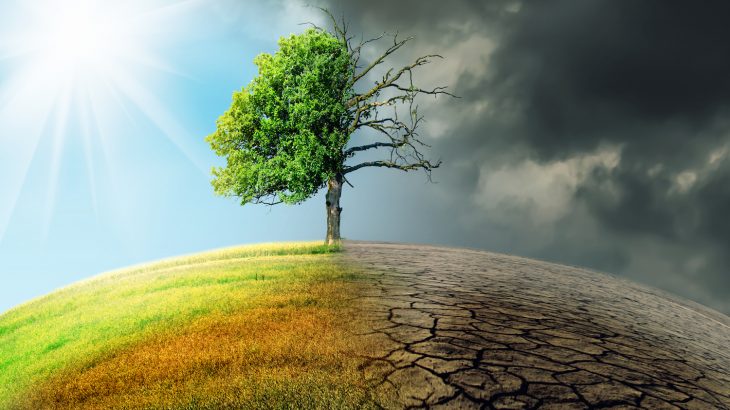 Lots of people know the 23rd Psalm and can recite it from memory. But today I want to jump up one to Psalm 24, specifically to this line opening line (in the Common English Bible translation):

"The earth is the Lord's and everything in it, the world and its inhabitants too."

That declaration, or something like it, is pretty much ground zero for many people of faith when they think about their responsibility to be good stewards of creation.

It's the lens through which they read such stories as the recent announcement that thousands of scientists from around the world have declared a climate emergency.

The story to which I've just linked you comes from Oregon State University because the global coalition of scientists who signed the declaration was led by William J. Ripple and Christopher Wolf, both Oregon State scientists. But here is the story about this published by USA Today.

As the OSU story reports, "In a paper published today in BioScience, the authors, along with more than 11,000 scientist signatories from 153 countries, declare a climate emergency, present graphics showing trends as vital signs against which to measure progress, and provide a set of effective mitigating actions."

Many faith communities have both issued statements about ecological mandates and taken various actions to back up their words, but as OSU's Ripple says, “Despite 40 years of major global negotiations, we have continued to conduct business as usual and have failed to address this crisis.”

So it's not clear that even the excellent 2015 Laudato Si' encyclical from Pope Francis has persuaded enough people in positions of power that humanity is trashing the only planet it has and we must stop and, more than that, repair the damage already done.

The problem outlined by the scientists who signed this new declaration cannot be solved simply by individuals turning off lights when they leave a room or turning the thermostat down a little in cold weather. Those actions help, but the issue is one of systems and it's systems that much be changed.

Will that happen with an American president who says climate change is a hoax? Unlikely. But Americans knew that -- or should have known that -- about Donald Trump before they elected him. If those voters were people of faith, as many were, it meant that they walked away from their own faith-based environmental responsibilities.

Unless that changes, there's little chance of rescuing the Earth from major damage due to environmental degradation.

(The illustration here today came from this Earth.com site.)

AN EXPLANATION OF THE MURDER OF MORMONS IN MEXICO

If you're still wondering how nine members of Mormon families got murdered in an ambush in Mexico -- and what those Mormons were doing there -- this Guardian story offers the best explanation I've read so far. Those Mormons, the story says, "they trace their origins to 1876, when the Mormon prophet Brigham Young sent exploratory teams at a time the church was trying to escape US prohibitions on polygamy and evangelize in Mexico and Latin America." The ones killed, the story says, got caught in a dispute for control of territory among "the mafia gangs who dominate this part of northern Mexico."