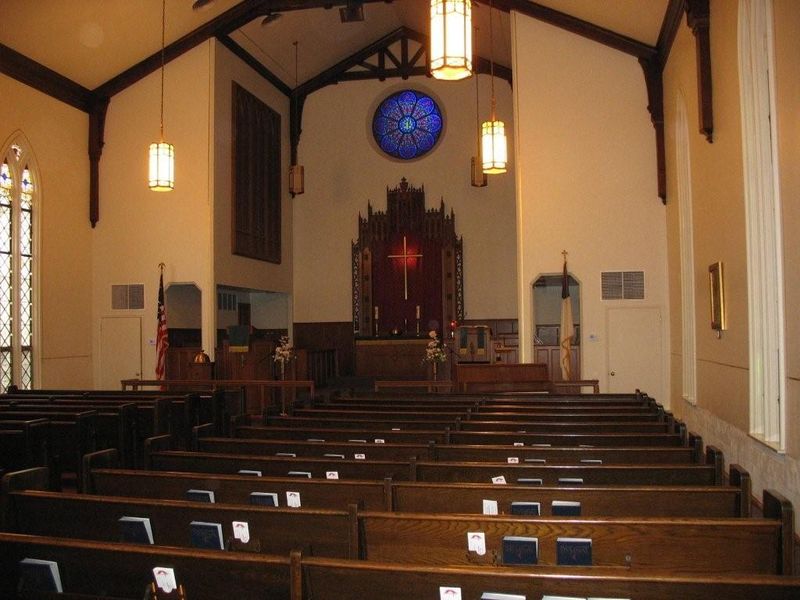 A few weeks ago I wrote here about new figures from the Pew Research Center verifying the now-decades-old story of the decline of membership in American Christian churches.

The conclusion that lots of people draw from such research is that religion itself is dying. But I think the Catholic author of this Dallas Morning News guest column is right when he says that's a false conclusion.

For starters, it matters what we think religion actually is.

Religion, he argues, is what "holds our attention" and "binds us together." If that's really what religion is (and I like the definition), he says, "then it’s not Christianity. Christianity today is mostly just sentimentality, escapist devotion, mere identity politics and mere posture. It’s no longer religion in any genuine sense. Because what holds our attention today, what binds us together, are no longer dogma and precepts, but instead all those decadent diversions, customs and conventions of our rich but interiorly vacuous society. This is our religion today: binge-watching Netflix, consumption addictions to various social media, pornography and the litanies of endless news, fake or otherwise."

It's a broad brush stroke he's using, but there's a lot of truth in the picture he paints with it.

Somehow lots of Americans (to say nothing of many others around the world) feel they are entitled to be entertained at all hours. In fact, entertained to death. It's why so many people know so much more about the last winner of some TV talent show than they know about who represents them on city council or in the state legislature or in Congress.

The Dallas commentary writer, Joshua J. Whitfield, adds that ". . .we also see our new religion in what schedules us. No longer rhythmed by the worship of our gods or by the earth’s seasons, now our lives are paced by the quarters of our fiscal year, by our Black Fridays, for instance, and no longer our Thanksgivings. Add to this, especially among the middle classes, the religion of sports, that countless meaningless practices and games now set the schedules for innumerable families, no longer Sabbaths or Sundays or family ties. . .This is what binds us, not holy days, rituals or quaint moralities. More than any persecutions, these have displaced the old religions: these new screened, advertised, unstable rites and less any incarnate, old, fickle gods."

Now, it's also true that people of faith can let mere busy-ness fill their time as they serve on this or that synagogue committee or take charge of this or that church picnic or building project. But at least such people have some hope of running into eternal questions, divine possibilities.

The question, Whitfield insists, is about the nature of our new religion in the U.S. He wonders if it will be "a religion of charity, a religion that will either cherish or kill the poor. I wonder if it will restore or ruin the earth, if it’s a religion of equality or elites."

That's all really up to you and me. And it's crucial that we make the right choice.

(The photo here today shows the empty sanctuary of the United Methodist Church in Delavan, Ill., where my father was a member when he was a boy and where my uncle Lawrence, Dad's brother, now 97 years old, and his wife, my Aunt Velma, still attend.)

Travel restrictions against Muslims trying to come to the U.S. have made it harder to find imams from abroad able to come and lead growing American mosques, this story reports. So a Detroit-area imam I know, Hassan Qazwini, has created a seminary to train imams, and he's not alone in this effort. In the end, this may work out better for American Muslim congregations than simply importing religious leaders who aren't as familiar as they need to be with American culture.

P.S.: Iftekhar and Shaheen Ahmed are physicians in the Kansas City area it has been my privilege to know for quite a few years, especially through their interfaith work in which they represent Islam. I've just learned that their son, Farooq Ahmed, has published a new novel with the intriguing title of Kansastan. I haven't had a chance to read it yet, but from what I've read about it, it looks like a wonderfully wild read. Farooq has several Kansas City area (plus Wichita and Manhattan) appearances and book signings scheduled. You can find those here. The first one will happen this Sunday afternoon, Nov. 10, at Prospero's Books, 1800 West 39th, KC. Here is the Facebook link for that event. Here is Farooq's description of the book: "Inspired by the American Civil War, Kansastan takes place in a dystopic Kansas that is besieged by its neighboring state, Missouri. Close to the state line, an orphaned and disabled goatherd lives atop a minaret and is relegated to custodial work by the mosque's imam while the threat of occupation looms. When his aunt and cousin arrive, the mosque's congregants believe that the cousin, Faisal, is a young prophet. Faisal comes to also believe in his divinity, stoking the goatherd's envy and hatred. When the cousins fall in love with the same woman, the goatherd hatches a plan to supplant Faisal in all ways possible: as suitor and the mosque's savior. Kansastan is a singular work, infused with Islamic folklore, Quranic lyricism and Old Testament tales, as American as Cormac McCarthy, and, most importantly, viciously funny." And here is the story KCUR-FM radio did on Farooq and his new book.