Home Archives Profile Subscribe
What digging in the land of Israel has turned up: 11-4-19
What will America's new religions look like?

Responding to a woman-hating pastor

One of the reasons many young people leave or never affiliate with a Christian church is that they are repulsed by what they consider bigotry against women and LGBTQ people, to say nothing of toleration for racist and/or anti-scientific views and sexual abuse scandals. 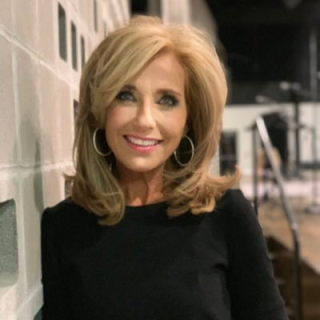 A good recent example of bigotry against women was what the radio evangelist John MacArthur said about female Southern Baptist Bible teacher and author Beth Moore (pictured here). He said she should "go home."

As this Patheos.com blog notes, MacArthur reminded "the audience that women are never allowed to preach on a stage." Then he mocked Moore, causing the audience to laugh. "When he said he didn’t have anything to add, 'period, paragraph, end of discussion,' he added just one more jab for good measure."

The blogger, author Cara Meredith, says, "It was one of the most tasteless conversations I’ve ever heard."

Over the decades, Meredith writes, Moore has over and over again said yes -- "not to the people reading her books but to God. She responded to the call -- not to keep on teaching women, per say, but to keep on using her words for good."

The surprise here, which shouldn't be a surprise any more, is the virulence of MacArthur's misogyny. He simply can't imagine that a female could be called by God to preach or teach the gospel. When young people hear about such audacious malarkey their reaction often is not to want to have anything to do with such ignorant buffoonery. And they certainly aren't moved to respond with a desire to explore Christianity, which they now imagine is full of hard-line nonsensical rules from beginning to end.

Yes, the church must have it standards for who is called to teach and preach and who is called to be ordained to ministry. But for MacArthur to imagine that God doesn't want female voices to help people understand the Bible is to dismiss half of humanity as unworthy. I'd say no-thanks to that kind of presumptuous faith leader, too.

A wonderfully illustrated Hebrew Bible that left Spain when Jews were expelled in 1492 is coming back to the country for an exhibition. It's a reminder not only of the persecution of Jewish people but also of the reality that Muslims, Jews and Christians once co-existed rather well in Spain.