Nearly the whole world is aware of the priest sexual abuse scandal in the Catholic Church. 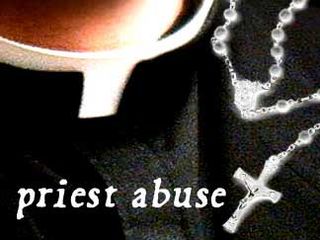 It's been appalling not just because children's lives have been severely damaged but also because bishops who covered up the abuse have damaged the credibility of the church itself.

Because the basic story now is decades old -- though most Americans didn't become aware of it until The Boston Globe brought it to light in 2002 (earlier work was done by The National Catholic Reporter) -- people not affected by it may not realize that it is far from over.

In October, the Associated Press reported that almost "1,700 priests and other clergy members that the Roman Catholic Church considers credibly accused of child sexual abuse are living under the radar with little to no oversight from religious authorities or law enforcement. . ."

There's worse in the AP report: "These priests, deacons, monks and lay people now teach middle-school math. They counsel survivors of sexual assault. They work as nurses and volunteer at nonprofits aimed at helping at-risk kids. They live next to playgrounds and daycare centers. They foster and care for children.

"And in their time since leaving the church, dozens have committed crimes, including sexual assault and possessing child pornography, the AP’s analysis found."

Then just a few days ago, a special AP investigative team reported this:

"These independent panels with lay people in each diocese would review allegations fairly and kindly. And they would help bishops ensure that no abusive priests stayed in ministry.

"But almost two decades later, an Associated Press investigation of review boards across the country shows they have broadly failed to uphold these commitments. Instead, review boards appointed by bishops and operating in secrecy have routinely undermined sex abuse claims from victims, shielded accused priests and helped the church avoid payouts."

(The Catholic dioceses in Kansas City and St. Louis both get criticized in this report.)

It's shocking and inexcusable.

Which is not to say that the church hasn't done some things right in the scandal. Indeed, many local parishes now have training and other programs designed to help members spot possible abuse and report it. And some priests have been yanked out of their jobs and prevented from being alone around children.

But the AP reports are clearly disturbing and require a vigorous response from all levels of Catholic leadership, to say nothing of demands from people in the pews for an explanation of what has gone wrong.

The reality is that the irresponsible behavior the AP describes injures not just the Catholic Church but, rather, Christianity more broadly and religion itself. Who could blame people with an interest in finding a spiritual path if they turned away from institutional religion if this is how things work?

The church clearly has much recovery work to do. And each day it delays doing it puts more children at risk.

Although the news about declining church attendance in America and declining numbers of church members is old, this story gives a good and interesting picture of that in Alabama. What does it look like where you live?

P.S.: My latest Flatland column -- about how a Kansas City man has adjusted to life after his wife was murdered by a neo-Nazi -- now is online here.