With a new movie about Mister Rogers to be released in a few days (starring Tom Hanks), and with the 50th anniversary now of the Sesame Street TV show, we're getting quite a few interesting stories about what both of those shows taught (and still teach) children about being good neighbors and about foundational morality. Imagine where our divided nation would be without them. 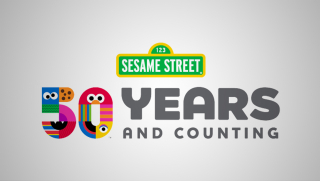 One of the things about Sesame Street that I was only vaguely aware of was its role in fostering interfaith understanding.

This Patheos.com piece describes that in considerable detail.

The article talks about the show's consistent "mission of teaching its young viewers to understand, respect and love their neighbors — including those who are religiously different from themselves."

And it notes that "Sesame Street’s efforts to foster interfaith friendship and understanding owe in part to the particular background of one of its creators, Joan Ganz Cooney. As Michael Davis explained in Street Gang: The Complete History of Sesame Street, Ganz Cooney was the daughter of a German Jewish father and an Irish Catholic mother. Growing up in the 1930s and 1940s, she witnessed the impact of religion on the lives of the individuals and societies around her: how her mother drew inspiration from Catholic teachings to aid the poor during the Great Depression, how her father despised the antisemitism he witnessed in their local community and how her family grieved the death of a cousin who perished in a concentration camp in Nazi Germany."

This background led to the various ways, described in the Patheos piece, that the show sought to instill in viewers the idea of respect for different religious traditions, with an emphasis on Jewish-Christian relations.

Fred Rogers, too, as a Presbyterian pastor, was in harmony with the values of interfaith understanding, and although he wasn't usually as direct as Sesame Street in talking about religious differences, his approach was to give children the tools they'd need to be respectful of all people, no matter their religious commitments.

My own children, who watched both shows occasionally while growing up, have children of their own today, and we have grandchildren (eight of them) who range in age from 17 to 3. When we have the little ones in our house, we don't often have the television on. So I'm not much in touch with children's TV programming today.

But what I do know is that the Sesame Street and Rogers shows were helpful in giving children the idea that whatever religious commitments their own family had made were not the only ones possible in the world and that it helps to be religiously literate. There still is a lot of religious illiteracy in our country and the more there is the worse off we are. So it's a good idea to notice and encourage the kinds of effort that Sesame Street has made in this field over the years. Even Oscar the Grouch would want you to do that.

IS THIS WHAT CHURCH-STATE SEPARATION MEANS?

The latest Pew Research poll found that 63 percent of Americans say churches and other houses of worship should stay out of politics, and 76 percent say religious congregations shouldn't make political endorsements, this RNS story reports. Interesting numbers but odd. When Christians tell me they don't want to hear politics from the pulpit, I wonder why they aren't interested in hearing the gospel. The early church's first statement of faith, "Jesus is Lord," was nothing if not political, and Rome knew that. Now, if you say you don't want houses of worship to be partisan, I agree. But that's different from raising political issues.