Home Archives Profile Subscribe
Should foreign aid be tied to religious freedom?
A question raised by the picture of religion in Ukraine

How did evangelicals lose their way?

As any adult American with a pulse knows, the term "evangelical" when applied to Christians can mean many different things, including devoted Trump supporters who ignore the reality that his life has been a rejection of most of their values. 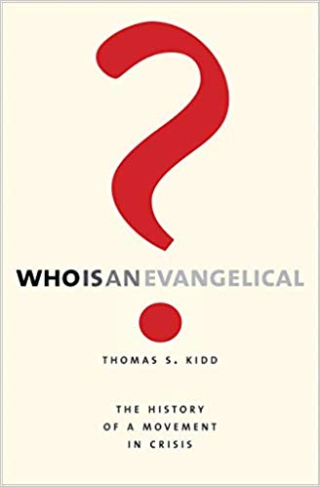 But for the term evangelical to retain any meaning -- especially meaning related to Christian doctrine -- it helps to understand the origins of the movement. And that's what a new book (one I haven't yet read) tries to provide. The book is Who Is an Evangelical?: The History of a Movement in Crisis, by Thomas S. Kidd, a history professor at Baylor University.

Samuel D. James, associate acquisitions editor for Crossway Books, has reviewed Kidd's new book here. Even if you never read Kidd's book and even if you (as do I) disagree with some of the things James says, his review is well worth a read.

"There is," James notes, "an emerging identity crisis within evangelicalism. Those disillusioned with evangelical culture ask: What even is an evangelical? Does the word simply mean 'white, Republican Protestant'? If so, would it be better to abandon the term to the sociopolitical abyss. . ."

To understand the evangelical movement in American Christianity, it helps to grasp its history, to say nothing of the foundational idea that all Christians are obliged to share the gospel story in some way, which makes them evangelists, a term that simply means one who shares the good news.

"Kidd," James writes, "insists that the historic meaning of evangelicalism describes its religious distinctives rather than its partisan entanglements. His thesis is compelling and supported by an impressive breadth of research. It is a scholarly rebuke to a generation of journalists and pollsters who abuse the term 'evangelical' in service of tidy ideological narratives. . .The original evangelicals were deeply concerned about what kind of person Christ’s salvation created, an issue summarized in the biblical (and for evangelicals, foundational) doctrine of the new birth."

One of the problems within evangelicalism today seems to be that many who call themselves that seem out of sync with what evangelicalism historically has meant in the U.S. As James notes, "(I)t is hard to resist the conclusion that the pitiful patchwork of prosperity theology and white nationalism currently ascendant owes its rise — at least in part — to an evangelical willingness to relinquish doctrinal commitments for the sake of cultural solidarity."

The complex mystery of why some 81 percent of self-identified white evangelicals voted for Trump begins to come into focus through the lens of the history that Kidd provides in his new book. It happened, at least in part, because of what James calls a "willingness to relinquish doctrinal commitments."

That isn't to say that such doctrinal commitments shouldn't be subject to occasional review and occasional restatement in ways that new generations can understand them. That kind of theological process is healthy and all faith communities are stronger when they engage in it.

But when the process results in a pledge of allegiance to a diseased culture or a diseased politics instead of to a healthy faith tradition, nothing but trouble ensues. It's unclear whether the damage that white evangelical Trump supporters have done to evangelicalism -- and by extension to religion itself -- can be reversed in a timely way. But perhaps they might get some guidance for how to move toward that by reading Kidd's book.

NOT JUST ONE GROUP

An imam in Phoenix has been accused of sexual abuse. It's further proof -- if we needed it -- that this category of trouble is not limited to one faith tradition. But that should give absolutely no one any comfort.