Home Archives Profile Subscribe
A Catholic push against gun violence
How did evangelicals lose their way?

Should foreign aid be tied to religious freedom?

Anyone the least bit familiar with American history knows that one of the important impulses behind the creation of this nation was religious freedom. 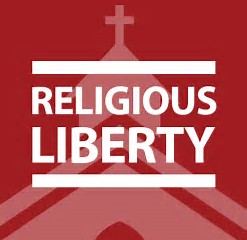 Although the Puritan immigrants didn't necessarily want that right for others, they certainly wanted it for themselves. And eventually the idea of religious liberty got enshrined in the Constitution.

Still, even as we struggle to determine just what religious liberty means, it's a concept that should continue to define us as Americans and should be considered a foundational human right around the world.

Which leads us to take a look at the news that President Donald Trump is considering taking into account how other countries treat religious minorities as he thinks about American aid to those countries. Nothing yet about the idea is final.

But the Politico story to which I've linked you reports that "the proposal is expected to cover U.S. humanitarian and development assistance and could also be broadened to include American military aid to other countries. If the proposal becomes reality, it could have a major effect on U.S. assistance in a range of places, from Iraq to Vietnam. Its mere consideration shows how much the White House prioritizes religious freedom, an emphasis critics say is really about galvanizing Trump’s evangelical Christian base."

The work of the quasi-government U.S. Commission on International Religious Freedom and the U.S. ambassador at large for religious freedom (former Kansas Gov. Sam Brownback) have as their aim the laudable goal of promoting religious liberty around the world, which means highlighting cases of oppression of religious minorities in their annual reports. (The USCIRF reports are here. And the State Department's reports are here. Both are worth a read.)

So the idea of somehow tying American foreign aid to religious freedom is intriguing and shouldn't be dismissed out of hand. But there could be lots of devils in the details, and it behooves us and members of Congress to monitor how the Trump administration handles this. Given the fact that it's handled many other foreign affairs matters so badly, it's difficult to trust that it will get this right, but let's watch.

If motives were always pure, there'd be no question about whether the U.S. should use various tools to advocate religious freedom globally, but motives have a way of being compromised. So, as I say, let's pay attention as this new idea either turns into reality or dies of its own conflicted weight.

WHO CAN BE A MILITARY CHAPLAIN?

How did the U.S. military chaplaincy move toward including representatives of all kinds of religious traditions beyond Christianity and Judaism? A professor has written a new book about that and has described some of what happened in this article. "It was not until the early 20th century," he writes, "that the chaplain corps professionalized and became fully integrated into the military’s organizational structure. At the same time, the variety of religions represented in the corps increased significantly." Now the chaplaincy corps looks more like America. And that's a good thing.