Home Archives Profile Subscribe
The value of 'death doulas' for all
Should foreign aid be tied to religious freedom?

A Catholic push against gun violence

There are renewed efforts coming from Catholic bishops to work for common-sense laws that can address the epidemic of gun violence in the U.S. 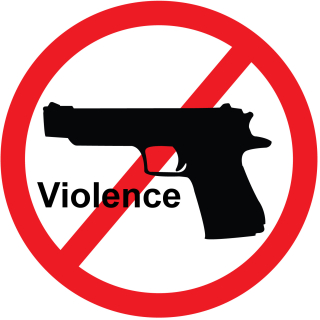 As the Religion News Service story to which I linked you above reports, "leaders of the U.S. Conference of Catholic Bishops (USCCB) opened their annual fall meeting in Baltimore. . .calling on clerics to be 'courteous' to combat political polarization and to advocate for certain public policies, such as legislation that could limit gun violence."

The story says that in a presentation by Bishop Frank Dewane of Venice, Florida, "he said the USCCB already advocates for several federal policies designed to curb gun deaths, such as an assault weapons ban, universal background checks, limits on large-capacity magazines and laws pertaining to gun trafficking.

"Even so, Dewane called on his fellow clerics to combat the scourge of gun violence by utilizing the power of the Catholic tradition."

The church has a fine line to walk here. First, it must live out its commitment to the value of every human life, which means protecting people from the scourge of gun violence that plagues the country. But it also must take care that it doesn't advocate removal of the right to bear arms so that hunters and others with legitimate uses of such arms aren't stripped of their constitutional rights.

What should be perfectly obvious to everyone is that the American culture has created an atmosphere in which it seems increasingly acceptable to settle disputes via the trigger. That disrespects life, and people of all faith traditions must respond by seeking various methods -- through laws and through proper gun safety training -- to protect life.

If the American Catholic Church commits itself to a major push for gun safety, it can have a serious effect. If the church combines with people of other faith traditions to do this, the effect can be even greater. Go, Catholics, go.

Can the word "evangelical" in the Christian tradition be rescued from what it has come to mean? The author of this RNS opinion piece thinks -- or at least hopes -- so. What has the term come to mean? The author says this: "white, bigoted, angry, retrograde, idolatrously devoted to God and country, cozy with dictators and rude to historic friends." He concluded that he had hope in evangelical Christians after visiting a church in St. Joseph, Mo., a church in suburban Kansas City and a Catholic Worker house in Kansas City. Fascinating column. Give it a read.