The religious roots of individualism

Is the Catholic Church in some way responsible for the American idea of "rugged individualism?" 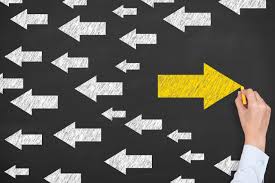 That odd and intriguing question is raised, if not fully answered, in this interesting National Public Radio story. It suggests that "Western individualism," as it calls it, may have come about because of the church's ancient "obsession with incest."

If that seems like a long-odds triple bank shot, well, consider this from the story:

"Most people living in Western, developed countries are psychologically distinct from the rest of the world. For one, they tend to be more individualistic and think of themselves as being independent of other people. . .On the other hand, people in other parts of the world tend to be more 'collectivistic'. . .because their lives are embedded in extended family networks and obligations.

"So how did people in the West come to be so different? A new study published. . .in Science suggests it all began in the Middle Ages, when the Catholic Church pushed a way of life that broke up extended family networks and paved the way for nuclear families, weaker family ties and a more individualistic mindset."

People around the year 500 in Western Europe often married within their extended families -- first, second, third cousins, for instance. "In other words," the NPR story says, "the church began to ban incest and cousin marriage and promote smaller, nuclear families."

That led to a culture in which many people no longer had large family or community networks on which to rely. They became more individualistic and less connected to the common good.

In some ways, that focus has been good for society. It's meant entrepreneurs willing to take risks, for instance. But the individualistic focus also has cost society. More lip service than real service is paid nowadays to the idea of community, of working for a common good. And that latter idea is deeply rooted in the Abrahamic faiths of Judaism, Christianity and Islam, to list them chronologically. But individualism has weakened that idea. Beyond that, individualism itself seems to have doubled down on itself until today lots of us live in our own silos, paying attention just to what we want to and ignoring almost everything else.

Surely there's some balance to be struck here. But, if so, it requires intentionality and an awareness of the reality that Americans live in an individualistic society. But lots of us American fish swimming in such waters don't even realize that we're wet.

Latinos in the United States are no longer majority-Catholic, according to a new Pew Research Center survey. And as this RNS story reports, "the share of Latinos who say they are religiously unaffiliated is now 23 percent, up from 15 percent in 2009." The American religious landscape shifts almost daily, it seems. And almost certainly it will take decades to understand the almost-seismic shifts we're seeing now.

Like many people, author Ken Follett (Pillars of the Earth and many other books) was heart-broken when the Notre-Dame Cathedral de Paris caught fire last April. Among other reasons for that, he's become an expert on cathedral construction and history. In response, he's written a lovely little (fewer than 70 pages) book, Notre-Dame: A Short History of the Meaning of Cathedrals, the proceeds of which Follett is donating to La Fondation du Parimoine, a charity devoted to rebuilding and protecting ancient buildings in France. The book is a mixture of architectural history and discussions of how Notre-Dame has played a role in various kind of literature. "A cathedral," he writes, "has a coherent plan, its windows and arches form rhythms, its decorations have themes and tell stories, but the whole thing is so rich that at first it overwhelms us. When we step inside, this changes." And this: "I have compared the building of a cathedral to a space launch. It involved the whole of society in the same way; it developed cutting-edge technology; it brought widespread economic benefits -- and yet when you add up all the pragmatic reasons, they're not quite enough to explain why we did it. There is another element, which is the spiritual, the human being's need to aspire to something above the material life." Indeed, that explains a great deal about religion in general.