Another effort to combat American antisemitism

Almost 75 years after the death of nearly six million Jews in the Holocaust, two members of the U.S. Senate felt it was necessary to create a Bipartisan Task Force for Combating Antisemitism. 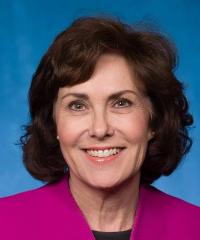 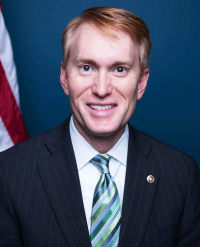 The obvious conclusion is that the ancient bigotry that led Adolf Hitler and his Nazi killing machine to target European Jewry is still alive and spreading its evil.

Anyone who understands the first thing about human nature should not be surprised. As I say, this is an ages-old prejudice. And, as I've explained in this essay, modern antisemitism has many roots in the theological anti-Judaism that Christianity preached for most of its existence.

But what of the history of antisemitism just in the U.S.?

This interesting article from "The Conversation" deals with exactly that question.

Antisemitic statements and actions, the piece notes, are "rooted in ancient and medieval anti-Judaism," and "have a long history in America." The author is Pamela S. Nadell, director of the Jewish Studies Program at American University.

She begins her long list of antisemitic incidents in American history in 1654, when, she write, "New Amsterdam Governor Peter Stuyvesant tried to expel the 23 Jews fleeing persecution who had just landed in the colony. He called them a 'deceitful race – such hateful enemies and blasphemers of the name of Christ.'”

She finally concludes this: "With antisemitism today bombarding American Jews from the right and the left, the moment appears new, but its language is not. It’s a very old theme."

The co-chairs of the new Senate task force are Sens. Jacky Rosen, D-Nevada, and James Lankford, R-Okla., (pictured above) members of the Senate Homeland Security and Governmental Affairs Committee. In launching the group, they said this:

“Today, the two of us — a practicing Jewish Democrat from Nevada and a devoted Christian Republican from Oklahoma — are calling on our colleagues to set aside the labels, the bickering and the grandstanding to join together to take on one of the most disturbing trends of our time. We stand united in the common goal of defeating hate and combating the violent scourge of antisemitism,”

“In the United States, we’ve seen evidence that antisemitism and acts of hate are growing at an alarming rate. The State Department’s special envoy to monitor and combat antisemitism earlier this year called the rise in antisemitism worse than it has been in decades. And the impacts go far beyond the Jewish community alone.”

Resurgent antisemitism makes me wonder again why humans are so susceptible to this kind of fear-based ignorance. And maybe that's an answer -- fear. People fear what they don't know or don't understand. Which is one more reason for improving the religious literacy of our population. Ignorance is the root of much evil.

You may be aware that recently President Trump named televangelist Paula White to help oversee his Faith and Opportunity Initiative. But what do you know about her? The Tampa Bay Tribune columnist who wrote this piece has some unflattering opinions about her. Take a look.