The mysteries of the physical universe are so deep and puzzling that sometimes it feels as if the Creator purposefully sought to baffle us as a way to increase our awe and wonder. 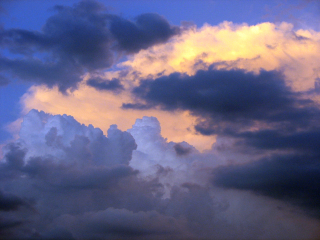 Scientists have made stunning discoveries in the last 100 years but it still feels as though they are the proverbial sightless people trying to describe the elephant after touching just one part of it.

Take, for instance, dark matter. Well, I'm not sure how you "take" it because, in fact, you can't see it. But that isn't stopping scientists from trying to uncover its many mysteries.

Just the other day, for instance, as this press release reports, "The international ALPS II ('Any light particle search') collaboration installed the first of 24 superconducting magnets today (Oct. 28), marking the start of the installation of a unique particle physics experiment to look for dark matter."

What is dark matter? Here's the explanation from the release:

"Dark matter is one of the greatest mysteries in physics. Observations and calculations of the motion of stars in galaxies, for example, show that there must be more matter in the universe than we can account for with matter particles known today. In fact, dark matter must make up 85% of all the matter in the universe. However, currently we don’t know what it is. But we know that it does not interact with regular matter and is essentially invisible, so that it is called 'dark.'”

The theological conundrums around this are intriguing. So the God who said, "Let there be light," apparently added, "but only enough to be able to see 15 percent of what I'm making." Which means that what this God really said was closer to "Let there be dark."

But, of course, that is what you get when you take certain biblical accounts literally.

I wish the scientists working on this have success -- but not too much. I prefer a cosmos with at least some mystery left in it. It's good for our sense of humility, and that's a sense that humankind seems on the edge of exhausting completely at the moment.

(The photo here today is one I took from an airplane.)

TIME FOR THE CHURCH TO CALL HOSPICE

Here's a good read from a pastor who thinks institutional Christianity is dying and we need to find something better to replace it: "Rather than working to treat the ills that are causing our demise, we might try stemming the cause by asking what good is needed in the world and then find the way to do it," she writes. Good idea.

P.S.: My friend Markandey Katju, a former justice on India's Supreme Court, is visiting family in California and he got to experience some trick-or-treating last night. I thought you'd be interested in his take on his American experience. He e-mailed me this: "Americans have devised a system of extortion on a day called Halloween in which children from your neighborhood come to your house and shout 'Trick or treat,' which means 'Either you give me a treat (of candies, ice cream or something else') or I will do some mischief to you.' No wonder the Mafia has sprouted in America. It is excellent childhood training!" Did he get that mostly right?