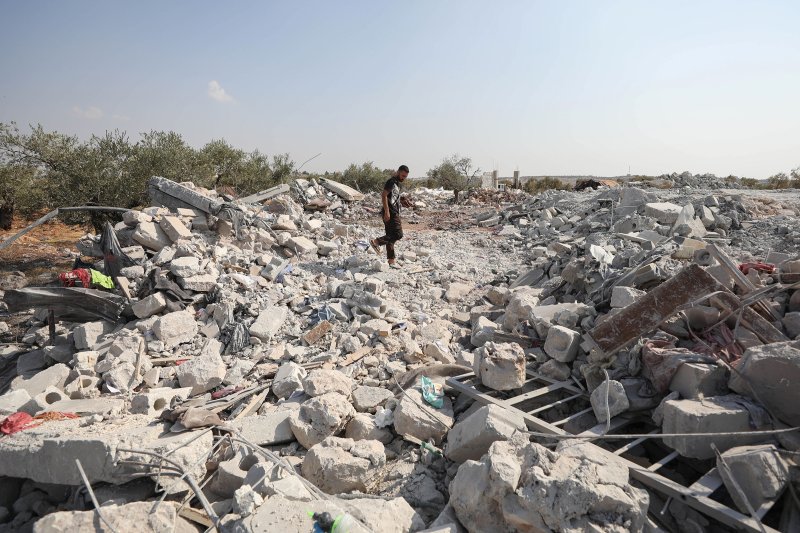 What we now believe to have been the forced suicide of ISIS leader Abu Bakr al-Baghdadi is an important blow to the top of an evil organization. But it is far from the end of ISIS and far from the end of fanatical thinking that attracts followers who seem vulnerable to monochromatic dogma because they haven't figured out the need for metaphor, myth, allegory and mystery.

As this USA Today opinion piece suggests, "the Islamic State’s corrosive ideological message remains as enduring, and as appealing, as ever. Counterterrorism experts and officials caution that there has been no discernible change to patterns of recruitment and radicalization in the broader Muslim world over the past year. They also note that the organization’s outreach — carried out through a sophisticated apparatus that adroitly exploits social media, online propaganda and new technology — means that it remains a formidable force in the most important arena of all: the struggle for 'hearts and minds' taking place in the Muslim World."

I reported from Saudi Arabia back in 2002 that Islam was in a battle for its soul. It still is. Those of us outside Islam cannot win that battle for traditional Muslims who want to retain the best of their religion. That will be up to them. But we can encourage the traditionalists and we can do what we can to disrupt and scatter the violent extremists who offer nothing to the world but death and destruction.

The USA Today piece makes this good argument: "In the wake of the ISIS emir’s death, the impulse for the Trump administration to consider its counterterrorism mission accomplished is sure to be stronger than ever.

"That, however, would be a dangerous misreading of the resilience of the group that al-Baghdadi once commanded — and whose ideological message continues to both mobilize and inspire."

What we need, clearly, are models for how to help young and vulnerable minds recognize that the path of ISIS or al-Qaida or, indeed, any fanatical approach, is unworthy of them and won't lead to a flourishing life. They must see that even when they are appalled by the actions of such major players on the world stage as the U.S., there are reasonable and peaceful ways to work toward resolution and change -- ways that don't degenerate into useless violence.

(The photo above of the destroyed building where al-Baghdadi was living in northwest Syria came from this Time Magazine site.)

HOW TO REACT TO A BAD PERSON'S DEATH

What was it that bothered me most about the unseemly way in which President Trump gloated over the death of the leader of ISIS, Abu Bakr al-Baghdadi? Rabbi Jeffrey Salkin pretty well nails it in this RNS blog: It would have been good had Trump responded in harmony with what Salkin calls "a classic rabbinic legend" that says "that when the Israelites crossed the Red Sea, and the Egyptian soldiers drowned, the angels broke out in song. God rebuked them: 'The work of my hands is drowning in the sea, and you are filled with song!?!'”

P.S.: I've made a change in the format of the blog to help make it easier for readers who view it on their mobile devices. Let me know if you like it. But please understand that the best way to read this blog is on your desktop or laptop or iPad. If you view it just on your phone, you see the left two columns and not the right column. The right column contains lots of related information plus links to the archives and more.