From almost the beginning, humankind has lived in a time of symbols. And we still do today. But symbols have a way of shifting meaning over time -- sometimes surreptitiously, sometimes purposely, sometimes both. 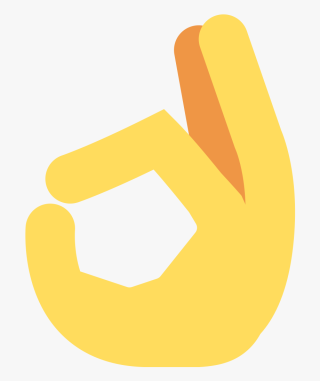 Recently, for example, as this AP report notes, the Anti-Defamation League has added the "OK" hand signal to its list of "hate symbols used by white supremacists and other far-right extremists."

What? I didn't know that symbol was being debased by those fools. And I'm tempted to use it more often just in defiance of them. In fact, resistance to the misuse of beloved symbols can and should be a tool used to redeem them. In fact, I just did, at the right here.

The AP notes that the Anti-Defamation League "launched the database in 2000 to help law enforcement officers, school officials and others recognize signs of extremist activity. It has grown to include nearly 200 entries." Which I didn't know until now, either.

But sometimes the changing use of symbols happens over a long period of time in a process that seems hard to stop.

For instance, consider the cross, a primary symbol of Christianity.

This Conversation piece describes how that symbol has been used in countless ways over the years.

"The cross," it says, "once a shameful form of execution for criminals, has became a predominant symbol of Christ and Christianity."

To adopt the cross as a sign of hope and redemption is in keeping with the teachings of Jesus, who taught how to shame the victimizer by giving away not just the one garment demanded but also a second garment and by walking not just the one mile required but also a second mile and by turning the right cheek to an abuser when struck on the left cheek. That kind of behavior may sounds like wimpy giving in to evil, but, in fact, is meant to be revelatory of the evil itself, even to the person doing the evil.

In modern times, we're all well aware -- or should be -- that, as the Conversation story notes, "the Ku Klux Klan, as part of their terror campaign, would often burn plain wooden crosses at meetings or on the lawns of African Americans, Jews or Catholics."

But on the whole the church universal has fought back against that abominable misuse of the cross and has not let it become a widely used symbol of hate.

In a few years it would be interesting to read about a study done to see how the various emoji symbols we use now have changed in meaning. Humanity seems pretty talented at taking symbols of beauty and hope and turning them into something much darker. It's why Christianity says people need what happened on the cross.

In this excerpt from his new book, Christ in Crisis: Why We Need to Reclaim Jesus, the Rev. Jim Wallis, founder of Sojourners, says American Christians and the nation they're part of are at a crisis point for which the answer is for those Christians to return to the core values of Jesus. "Reclaiming Jesus," he writes, "is not about making more Christians as much as it is about making Christians more genuinely and redemptively human, as God made us and as Christ calls us to be." The Jesus he's talking about is the one who urged followers to love neighbor and self, not a Jesus who requires us to do X, Y and Z to avoid going to hell. Big difference.