Home Archives Profile Subscribe
This church-state Supreme Court case is key: 10-18-19
In the midst of these storms, there's good: 10-21-19

One of the many admirable things about Catholicism is its widespread acceptance of the idea that science can answer important questions about our world -- questions that are outside the competency of religion to answer. 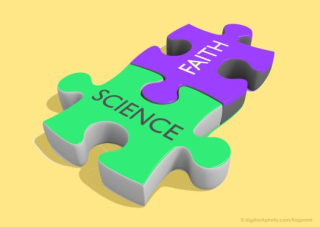 It took the Catholic Church time to arrive at this position, of course, and we all know it wasn't there yet when it condemned Galileo for believing that the Earth revolved around the sun and not the other way around. But eventually the church recognized its error and not only forgave Galileo but began to embrace modern scientific inquiry.

As this Conversation piece notes, "The Catholic church has famously struggled to accommodate scientific research in its past, but recently there has been evidence of a healthier relationship developing.

"In many ways, Pope Francis has embraced science as a way of learning about the world. Notably, his encyclical has urged people to care more for the environment and climate change.

"His message moves away from the concept of having dominion over the earth, and instead encourages stewardship of it. This stance has resonated with Catholics and other religious people world over."

Part of the difficulty some branches of religion have had with seeing science as a legitimate partner in unpacking life's mysteries is that they have promoted the idea that sacred writ is inerrant in all ways and, thus, scientifically accurate in whatever it says.

With that position, you get such nonsense as the idea that Earth is only a few thousand years old, for instance, and that the theory of evolution is so full of holes as to be useless.

All of that makes religion look ridiculous and leads to young, well-educated people, which is one reason many of them have been abandoning institution religion. That, in turn, accounts for why 26 percent of American adults now identify as religiously unaffiliated, and the percentage of people under 40 in that category is much higher than older people.

As the Conversation piece notes, one reason the Catholic Church increasingly views science as important "is that some scientific findings and advances are so significant that they present urgent moral issues. It is here, in the ethical implications of developing science, that the church finds traction."

In the end, science simply can never answer the question of purpose. That's reserved for the fields of religion and philosophy. In turn, those areas should never pretend that their sacred texts are full of good scientific answers. Once those parameters are set, science and religion can get along just fine, as the Catholic Church is proving.

(The image above came from this site.)

Speaking of Catholics, as I was above here, Catholics in Kenya are celebrating the victory of Eliud Kipchoge for breaking the two-hour barrier in a marathon race and some are attributing his win to God. Maybe. Maybe not. What I do know is that sometimes, in L.A. rush hours, people take longer than two hours to drive 26.2 miles.