Home Archives Profile
A Holocaust story not to miss: 10-15-19
Theological hope is much different from optimism: 10-17-19 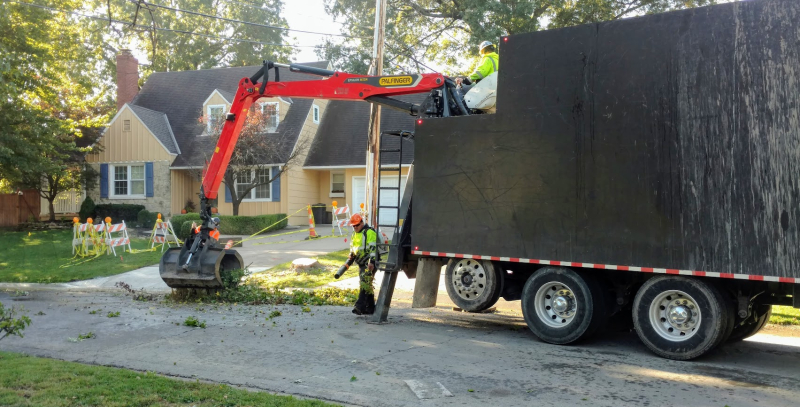 Except for blood, it's hard to imagine any liquid besides water that plays such a central role in religion. And one reason I've been thinking a lot about water is that the block on which I live was without water service for several days starting Saturday night because of a water main break.

Fixing the problem required the sad demolition of a big tree near the street on a neighbor's yard. You can see the remaining stump in the photo here.

In Judaism and/or Christianity you also have the great Noahic flood, the parting of the Red (or Reed) Sea, the baptism of Jesus in the River Jordan and so much more.

You'll also find "holy water" used in some Christian denominations as well as in Hinduism and Sikhism.

And as this Wikipedia article notes, lots of religions use water in a purifying ritual of one kind or another. For instance, in Christianity there's the ritual of foot washing, which, I think, should be an official sacrament but isn't.

When I was a boy I lived in India for two years and our home was near the confluence of the Jumna and Ganges rivers at the same location at which the metaphysical Sarasvati River is said to join them. They were, for sure, holy waters, and periodically millions and millions of people would show up there for huge festivals to experience those waters.

What we know for sure about water is that we can't live long without it, though the city of Kansas City's water services department tried to make us live without it for too long recently. In fact, for a night we had to move to the home of one of our kids. It was almost enough to make me lose my religion.

Good for presidential candidates Pete Buttigieg and Elizabeth Warren for criticizing fellow candidate Beto O'Rourke for saying churches should lose their tax exempt status if they don't support same-sex marriage. In America, we allow religious groups to believe almost anything without punishing them for it, even if, as in this case, those religious institutions are clearly wrong. O'Rourke should have known that.