Here's a curious idea that speaks to how religious minorities can and sometimes do successfully negotiate their way into a social and political culture: This article from The Spectator in England suggests the possibility that France might elect a Muslim president in either 2022 (highly unlikely) or 2027 (a little less unlikely). 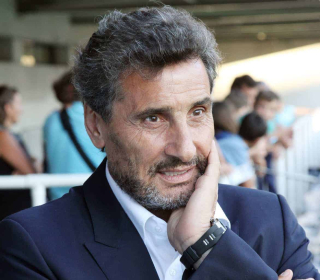 The "hardly devout" Muslim the article has in mind is "Mohed Altrad (pictured here), a Syrian exile turned building tycoon who employs 30,000 people worldwide and is due to run for mayor of Montpellier next year, in a country where the mairie is a well-trodden stepping stone to higher office."

But Altrad is something of an exception, the Spectator article says, and that could mean good things for him and other Muslims politically in France.

"Altrad is by any measure exceptional," the story says. "The only Arab self-made billionaire in France, his mysterious life story is found in his intensely novelised autobiography, Badawi (1994). The product of a rape, he was born in 1948 to a Bedouin mother, from Raqqa, more recently the redoubt of Isis. He was delivered in a tent and his mother supposedly cut the umbilical cord with her teeth.

"He came to Paris in 1975 on a government scholarship with the equivalent of €200 in his pocket, and graduated from Paris Dauphine University. A glittering career followed. He worked for Alcatel, then Thomson, then for the Abu Dhabi National Oil Company, before in 1984 buying a bankrupt scaffolding company with a British partner. He subsequently bought out his partner, and turned the company around and into a huge success. His current estimated net worth is three billion euros."

If he can succeed as mayor of Montpellier, assuming he wins that election, he may have an opening to the French presidency, though by 2027 he'd be 79 years old. And we don't know whether he could successfully appeal for votes to a group the Spectator calls "seven to ten million politically homeless brown and black people in France, most of them Muslim."

So let's follow Altrad's moves and see if he can rise to the political top in France.

U.S. Attorney General William Barr, in a speech the other day, decried what he called a "campaign to destroy the traditional moral order." The surprise was that he wasn't talking about what's been happening under this president.