Home Archives Profile Subscribe
An anniversary on which to recommit ourselves to love: 10-11-19
Could France elect a Muslim as president? 10-14-19

The Turkish invasion of Syrian territory appears to be clown car full of errors of judgment by both President Trump and Turkey's own president, who already has proven to be an authoritarian whose terrible decisions have affected the lives of countless Turkish Muslims, including some who live in the Kansas City area. 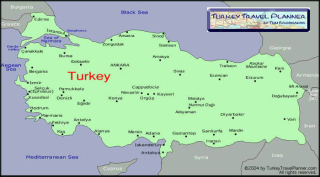 This Washington Post piece, published just as the invasion began a few days ago, describes the problems pretty well. It's by Asli Aydintasbas, a senior fellow at the European Council on Foreign Relations. As he writes:

"In an erratic attempt to justify his decision to pull U.S. troops from Syria and open the way for a Turkish military incursion, President Trump said recently that Turkey and the Kurds are 'a natural enemy' and that 'one historian said they’ve been fighting for hundreds of years.'

"Both assertions are dangerously wrong."

The Post opinion piece makes a good case that "The Syrian Kurds on our borders who have been fighting the Islamic State alongside the Americans have never directly attacked Turkey. They are our neighbors and relatives. There are millions of Turks like me who do not see Syrian Kurds as a threat but rather as a buffer in a chaotic region. We need to normalize our relations with Syrian Kurds and engage in a political solution to the Kurdish issue, which touches on Iraq, Syria and Turkey — not sow seeds of hostility for generations to come."

What's worse, by ordering the withdrawal of U.S. troops from the area, Trump has freed Turkish President Recep Tayyip Erdoğan to continue his oppression of his own people and to consolidate power at the expense of both those citizens and the Syrian Kurds. It should tell you something that many Republicans have denounced Trump's uninformed, process-free decision making on this matter. In fact, there seems to be a growing bipartisan effort to oppose Trump's decision and to punish Turkey's leadership for its actions.

Erdoğan is, quite simply, a dictator-wanna-be in what should be -- and has been -- a democratic nation. He has blamed an attempted 2016 coup on a Muslim cleric who is exiled in the U.S., Fethullah Gülen. Gulen and his movement have denied it, but Erdoğan has rounded up many of Gulen's supporters in Turkey, imprisoned them or got them fired from their jobs or in other ways made their lives miserable.

Just under two years ago, I wrote this Flatland column about how all of that was affecting Turkish people in the Kansas City area.

There's a group called Advocates of Silenced Turkey working to aid those affected by Erdoğan's brutality. The group's website has reports and other information that can inform you about its view of what's happening there. But what's happening in Turkey is a disastrous curtailment of religious and civic freedom. And we need to be telling our representatives in Congress that they need to be part of the solution. We also need to tell Trump to listen to advisers who know what they're talking about and quit listening only to the man in the mirror.

The shooting at a synagogue in Germany the other day is one more indication, this report says, of a global resurgence of antisemitism. Acts rooted in this ancient hatred seem to run in cycles or waves, but they never disappear. Lies about Jews and Judaism produce fear, which leads to bigotry, which can lead to violence. Preventing the violence helps but it's more useful to combat the original lies through education and human contact that unmasks the falsehoods.