An anniversary on which to recommit ourselves to love: 10-11-19

It was on this date in 1962 that Pope John XXIII opened the first session of the Second Vatican Council, commonly referred to as Vatican II. 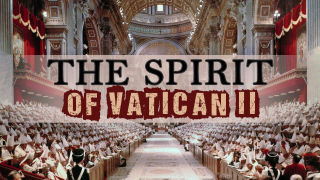 Over the next three years, the council took actions that changed the church in many ways.

It helps me to understand the current reign of Pope Francis to say that one of his primary goals is to reanimate the spirit of Vatican II, to regain some of what was lost in the papacies of John Paul II and Benedict XVI and to shape reforms for the future to make sure the Catholic Church remains a relevant and admirable body that seeks to spread the good news of Jesus Christ.

And there is considerable recovery work for Francis and his supporters to do.

But it also helps to ask just what Jesus meant by the gospel, or good news. The biblical witness is that when he began his ministry by declaring that the kingdom of God is at hand, he meant that each person can live in the reign, or kingdom, of God today. It's not just some promise about the afterlife. Rather, it means being committed to justice and mercy and compassion and love this very day. In that way people can get a foretaste of what the kingdom will be like when it comes in full flower.

As the Christian faith spread and developed, the term gospel came increasingly to mean that Jesus died for our sins and that people who declare him their lord and savior can be sure they'll go to heaven. It's not that you can't find words to that effect in the New Testament -- especially words from the Apostle Paul -- but the primary thrust of the original message of Jesus had to do with how to live in a broken world today in ways that help to fix that world and not add more brokenness to it.

As I read Francis, that's also his emphasis. He isn't nearly as interested in being the chief doctrinal enforcer as JP-II and B-VXI were. He cares more about making sure the church is caring for the people Jesus said we should care for.

So this Vatican II anniversary is a good time for people -- Catholic or not, Christian or not -- to recommit themselves to repairing the world and the broken people who inhabit it, which is all of us.

WILL IT BE CALLED THE SINTERNET?

This interesting Quartz article says that "the 21st century is setting the stage for a new type of widespread faith: technology-based religions." Makes sense. After all, didn't all this start with just two people and one Apple?

P.S.: With U.S.-China trade talks much in the news -- and with a lot of concern about the way China is mistreating its Muslim minority citizens -- I thought you might be interested in this new column from my friend Markandey Katju, a former justice on India's Supreme Court. He writes: "China  is not a communist country, it is capitalist, and it is in the nature of capital that after a certain stage of development a country becomes imperialist, that is, it seeks avenues for overseas investment, markets, raw materials and cheap labour. For this, it becomes aggressive and expansionist, like Britain and France in the 19th century." President Trump today is scheduled to meet with Chinese Vice Premier Liu He. We'll see if anything close to a trade deal can be reached -- and, if so, whether that can lead China to quit brutalizing its Muslim citizens.