Home Archives Profile Subscribe
You can help tell the Mormon story in Missouri: 10-9-19
An anniversary on which to recommit ourselves to love: 10-11-19

Even if it seems as if the Catholic Church will never, ever allow women to be priests, there seems to be at least a little openness among some church leaders to allow priests to be married, as they once were allowed to be. 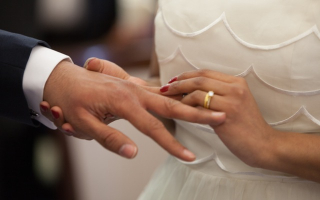 In fact, as this BBC article reports, the question of married priests is on the agenda for discussion in a current gathering of bishops from around the world to talk about the future of the church in the Amazon.

A document up for discussion raises the possibility of ordaining older married men in remote parts of the Amazon where the shortage of priests is so severe that some people are not able to receive the Eucharist, central to Catholic worship, more than once a year.

As the BBC story notes, "They would need to be men who are particularly well-respected and, according to the document, they would preferably come from the indigenous communities where they intend to work."

One of the primary questions about this is whether it would do anything to improve the deep problem of what has been called "clericalism," meaning a culture in which priests often exercise unchecked power over those who aren't ordained and, worse, believe they are entitled to do so.

Author James Carroll is so appalled by clericalism that he has proposed simply abolishing the priesthood. I disagree with Carroll about that and wrote about the matter here on the blog earlier this year.

In the end, the bishops now meeting about this can only make recommendations. It's up to Pope Francis to decide whether to accept those recommendations. Some Catholics already believe Francis has been far too liberal in his work as enforcer of theological doctrine and other church rules. If he approves married priests in the Amazon, it's likely to create at least a small storm of opposition, and I'm not sure Francis wants to deal with that at this point in his papacy.

Ordaining married men and any women, married or not, as Catholic priests almost certainly would solve the problem of a worldwide shortage of priests, but if you're waiting for either solution, don't hold your breath.

A GOOD START ON PUNISHING CHINA

The U.S. government finally has reacted semi-strongly to the disgusting move by the Chinese government to put a million or so Muslims in internment camps. How? By imposing visa restrictions on Chinese government and Communist party officials. Good. That should be just a start. There's no excuse for what China's government is doing in this matter. If religious liberty means anything to Americans it should mean standing up for these brutalized Muslims.