Home Archives Profile Subscribe
Undefined terms 'religion' and patriotism' make poll useless: 9-7/8-19
Why silence is not an option against bigotry: 9-10-19

What to do with pastors who are unfaithful in marriage? 9-9-19

The case of sexual misconduct by one of the late Billy Graham's grandsons, Tullian Tchividjian, raises difficult and uncomfortable questions that can and do divide people of good will. 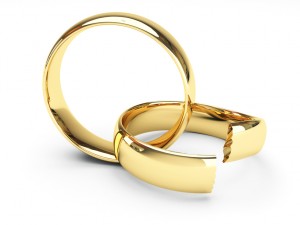 As this Christianity Today article reports, Tchividjian "was forced to resign as senior pastor of Coral Ridge Presbyterian Church in northern Fort Lauderdale, Florida, in 2015 after acknowledging that he cheated on his wife. The couple later divorced."

And now he's starting a new, independent church called The Sanctuary, which meets each Sunday at a hotel in Palm Beach Gardens, Fla.

His return to the pulpit is raising both eyebrows and questions.

As the article to which I've linked you notes, "the pressing question for Tchividjian is not so much about his infidelity — an admittedly grave moral failing in the evangelical world from which he springs.

"The more complicated problem is that he had at least one sexual relationship with a congregant — a transgression that is increasingly understood, in the language of the #MeToo era, as an asymmetrical power dynamic. Because the pastor has significant moral authority over congregants, in other words, it is difficult to establish whether genuine consent has been given."

Well, there are a couple of discordant things going on here. First, is infidelity "in the evangelical world" still seen as a "grave moral failing"? The fact that 81 percent of white evangelicals voted for Donald Trump for president in 2016 despite knowing he has committed infidelity more than once suggests that straying outside of marriage now is considered no reason to prevent anyone from doing any job he or she wants to do.

The other matter of interest here is whether the evangelical Christians who are the primary readers of Christianity Today believe in redemption and rehabilitation, to say nothing of forgiveness. Several quotes by various people in the article suggest that in the case of a preacher, he or she can be forgiven for marital infidelity and move on but not move back to the pulpit. Which sounds a lot like limited redemption.

I once had a dog in this hunt. More than 25 years ago, the pastor of my congregation and my then-wife had an affair. Which is exactly the situation that, to many quoted in the article, seems an obvious case of "an asymmetrical power dynamic,"  as the story put it. That is, someone with moral authority over a congregant abused that authority by entering into an inappropriate relationship with her.

Describing the situation that way, however, seems to relieve the woman -- in this case, my former wife -- of responsibility for becoming involved with the man. And I think she bears considerable responsibility for that. The pastor went on to be in the pulpit of at least two other churches after he left ours, and I thought that was wrong, too. I thought he was morally unfit to be a minister of the Gospel.

Each such case, of course, is different. And it is not up to me to decide whether Graham's grandson should return to the pulpit. It's up to members of his newly started church and that church's leadership.

But forgiveness without rehabilitation strikes me as essentially worthless, though surely biblical literalists would point out that followers of Jesus are told that they are required to forgive 70 times seven times.

Would you join Tchividjian's new church if you lived nearby it? I won't say I wouldn't, but for me there would be a long period of discernment before I made a decision.

MAKING SURE JOURNALISTS 'GET' RELIGION

As the 2020 presidential race gets going in earnest, it's important for journalists covering the candidates to understand the role religion plays for each. But many political journalists don't seem to know much about religion. The author of this RNS blog says that needs to change. His suggestion: ". . .those who guard the doors to our public discourse should take explicit steps to make sure deeply religious folk see their views — unfiltered and untranslated — fully and regularly represented in our most important national conversations." Excellent idea.