What appear to be the rather remarkably unremarkable last few years of the life of a Catholic archbishop credibly accused of sexual abuse are playing out on the plains of Kansas, some four hours west of Kansas City. 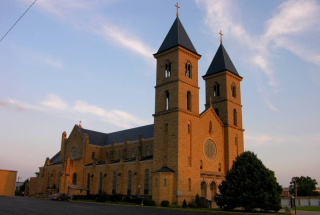 There, in Victoria, defrocked Archbishop Theodore McCarrick, once a Catholic rock star, is living quietly, having been sent there by the church to pray and do penance.

This excellent account of McCarrick's life there by reporter Ruth Graham, published by Slate, reveals a weakened old man who seems simply incapable of acknowledging what he did to deserve being banished to a small friary, a long way from the power centers of the Catholic Church.

McCarrick, the Slate piece notes, was "once the most powerful Catholic priest in America. From 2001–06, at the height of his career, McCarrick served as the archbishop of Washington, D.C. He stepped down at the standard bishop retirement age of 75 but remained a prolific fundraiser and jet-setting Vatican macher. And McCarrick wasn’t just influential — he was famous.

"In the summer of 2018, McCarrick also suddenly became the country’s most well-known accused perpetrator of clerical sexual abuse. In June of that year, the Vatican abruptly removed him from public ministry, citing a credible accusation of sexual misconduct against a teenage altar boy in the 1970s. (The statute of limitations for the crime he is accused of had expired.) McCarrick resigned as a cardinal, the first in history to do so over allegations of sexual abuse."

Reporter Graham went to Victoria to see how the town was reacting to their disgraced visitor. The story reveals concerns expressed by citizens there but finds that things after a year or so have pretty much settled down and no one thinks much about McCarrick anymore.

Although she was told McCarrick wouldn't be available for an interview, one day before she left town she simply knocked on the friary door and asked to see him. He came and agreed to speak with her. Graham writes: "I asked him if he had done it. He has been accused of sexually assaulting minors and making unwanted advances on seminary students he invited to his beach house in New Jersey over the course of many decades. Were those stories true? 'I’m not as bad as they paint me,' he said. 'I do not believe that I did the things that they accused me of.' I told him it sounded like he thought it was possible — that saying he didn’t 'believe' he had done those things, or that he doesn’t remember them, makes it sound as if he’s leaving it an open question. No, he said."

Graham asked McCarrick why so many people would lie about him abusing them: "In the case of the seminarians at the beach house, how did they come up with such similar stories? 'I think that they were encouraged to do that,' McCarrick said.”

Graham's conclusion: "In this small town in western Kansas, he’s a living icon of both the crime of clerical sexual abuse and the church’s toxic willingness to cover it up."

The only ones who know exactly what McCarrick did or didn't do, of course, are McCarrick himself and his accusers. But the picture of the former archbishop dwindling away almost alone in a small plains town essentially unconnected to his life until now is a sad reflection of what happens when power is misused and abused. How cathartic it might be for all if McCarrick would use the time he has left to speak clearly and honestly about what he did and to apologize to anyone he's wounded. But that seems a hopeless dream.

(The photo here today is of St. Fidelis Church, the so-called Cathedral on the Plains in Victoria, Kan. I found the photo here.)

THE PAPAL TRIP TO AFRICA

Pope Francis is on an interesting three-country trip to Africa. It's on that continent, as well as in Asia, that Catholicism is finding its future -- not in western Europe or North America. So it makes sense for the pontiff to put energy into places where growth, not decline or just holding steady, is the reality.

P.S.: I wrote here yesterday about evil that comes from nature (like Hurricane Dorian) and evil that comes from humans, such as mass shootings. As a follow-up to that, I liked this World Council of Churches piece about a young pastor in the Bahamas and how she tries to help people there face, understand and recover from the devastation that Dorian brought.