The history of the Jewish people in Poland is long, productive, creative but ultimately brutal beyond imagining, as more than 90 percent of the roughly 3.3 million Jews living in Poland at the outbreak of World War II were murdered in the Holocaust.

Rabbi Jacques Cukierkorn and I tell a small part of that story in our book They Were Just People: Stories of Rescue in Poland During the Holocaust.

But a much broader account of the history is told at Warsaw’s Polin, the museum of the history of Polish Jews (pictured here), which opened five years ago, several years after Jacques and I were in Poland doing interviews for our book. The museum has been praised for its scope and its attention to detail.

As this New Yorker story reports, however, it's now in trouble because of a recalcitrant national government that wants to shape the story of Poland and the Holocaust to fit its political agenda.

At the moment, the controversy is centered on the reappointment of the man who has been the museum's director since its opening, Dariusz Stola.

"Stola," the article by Masha Gessen notes, "was a somewhat unexpected choice as director of Polin. He is not Jewish, nor did his previous work focus primarily on Jewish history; just before coming to the museum, he was writing on late-stage socialism in Poland. 'Stola has done a surprisingly good job,' Konstanty Gebert, a prominent Jewish journalist and activist in Warsaw, told me. 'That guy has been the most brilliant museum director,' Kirshenblatt-Gimblett said. 'He is a terrific scholar. He is a great guy. He is a mensch of the first order.'”

Gessen then describes how, in "2015, Poland elected a nationalist-conservative government, which, like many other Eastern and Central European governments, promised to make the country’s past great again; 'Down with the pedagogy of shame' was one of its buzz phrases. It meant that Poles should stop apologizing for their sins, foremost among them their coöperation with the Nazis in exterminating European Jewry." 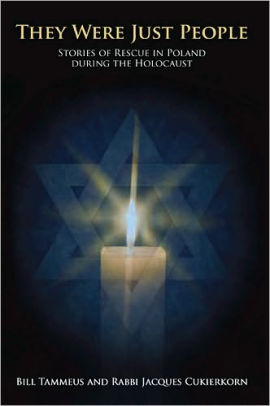 To be clear, Poland, though it once invited and welcomed Jews hundreds of years ago under a smart and entrepreneurial king, has a deserved reputation for antisemitism. And yet even though the punishment for helping Jews at the time of the Holocaust was harsher in Poland than almost anywhere else, a surprising number of Poles came to the rescue of Jews and saved their lives. From whom?

Well, yes, from some other Poles but mostly from the Germans, whose Nazi government had adopted genocide of the Jews as its official policy, a policy that succeeded in murdering some six million of Europe's nine million Jews.

It's that complicated story -- and other stories from Jewish history in Poland -- that the museum has been telling.

Which raises the question of what it means if institutions -- whether museums or schools or government research agencies -- are not allowed to tell the truth. Of what value are they? We see this question being raised not just in relation to this important museum in Poland but also in relation to scientific research by government departments in the U.S. in an administration led by a president bent on denying that climate change is happening or that human activity contributes to it.

Perhaps if Polish leaders do the right thing and let the museum tell a truthful story under a good director it will give some encouragement to other governments around the world to stand for truth, too. Perhaps.

A PAPAL MODEL OF MODESTY

One of the things I've most admired about Pope Francis is his honesty about himself, by which I mean his modesty and his recognition that his high office does not change his core humanity. That trait was evident again recently when he met in private for conversation with Jesuit priests in Mozambique. As this RNS report notes, the pope said, among other things, this: “The mere fact that I now dress all in white has not made me any less sinful or holier than before.” Would that all leaders -- religious, political, business and otherwise -- have that same sense of self and modesty.

P.S.: My latest Flatland column -- about what KC's seminaries teach about hell -- now is online here.