Home Archives Profile Subscribe
A century later this book still finds our hearts: 9-19-19
Why the idea of hell is so morally abhorrent: 9-21/22-19

What good is a faith community if it won't create the kind of atmosphere in which people who need help with various aspects of life feel they can share their deepest needs? 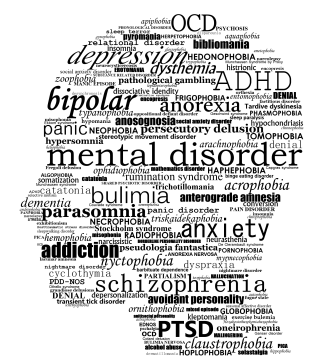 The obvious answer is: not much.

But sometimes the person struggling with mental illness or family divisions or economic crises must trust that if he or she shares what's going on within a faith community, that community will surround the person with deep wells from which to draw love and mercy and compassion. And not with judgment and ostracism.

That's the lesson described in this Patheos blog by a female Methodist pastor who suffered anxiety but was afraid to reveal that to her congregation.

She was having panic attacks, including when she entered the pulpit.

"I knew I needed help," she writes, "but I was terrified of letting anyone know I was struggling. What kind of church leader has panic attacks, let alone panic attacks in church?"

She secretly got professional help and got better. She writes:

"I viewed keeping my secret as a great success. Now I look back and wonder how many other people in that congregation were suffering from anxiety. If I had been honest about my struggle with mental illness, who else might have been freed to share their struggle as well?

"But I was not honest and I did not share about my illness. I feared condemnation and being seen as too imperfect to effectively lead, so I buried my anxiety secret in the depths."

She knows now that was the wrong approach. And now she encourages others to be honest about their struggles. Congregations exist, in part, to provide a safe space in which to share burdens and to find love and support and even some guidance toward solving whatever is wrong.

In turn, pastors and other religious leaders must know the limits of what they can do to help and must know when it's time to refer people to professional counselors or others who can deal skillfully with whatever the issues are. So such leaders must be trained to recognize mental illness and other forms of debilitation and to know where to find outside help to which they can refer people.

If we keep silent about our troubles, no one can help us. And if our faith leaders are not equipped to recognize their own limits in giving help, they may exacerbate the problems.

How is your congregation doing with all of that?

In Alaska (from which Sarah Palin says she can see Russia), a recent court ruling says anyone should be allowed to give an invocation at the beginning of the meetings of government bodies. So the other day a Pastafarian pastor representing the Church of the Flying Spaghetti Monster opened a local meeting. As the Associated Press story reports, "Church followers believe an invisible and undetectable monster made of spaghetti and meatballs created the universe after drinking heavily, and that his 'noodly appendages' hold great power. Many label the movement as satire, but it is recognized as an official religion in some countries." OK. Move along. Nothing to see here.