Even though it's Labor Day, and even though lots of people are supposedly taking the day off from work, my guess is that a lot of work will be done not just by people required to be on the job today -- such as police or fire fighters or medical workers -- but by mid-level managers of businesses, by small business owners and by many others who simply can't get disconnected from their jobs. 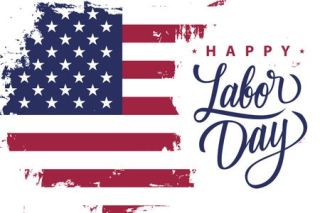 The problem, as identified in this Atlantic piece earlier this year, is that work has morphed "into a kind of religion, promising identity, transcendence, and community. Call it workism."

It wasn't predicted to be this way. In the early and middle parts of the 20th Century, all kinds of wizards were predicting that automation would move us toward the five-day weekend and that our primary problem would be how in the world we were going to fill our leisure time.

But as the Atlantic piece notes, "These post-work predictions weren’t entirely wrong. By some counts, Americans work much less than they used to. The average work year has shrunk by more than 200 hours. But those figures don’t tell the whole story. Rich, college-educated people — especially men — work more than they did many decades ago. They are reared from their teenage years to make their passion their career and, if they don’t have a calling, told not to yield until they find one."

Part of what plays into this is the Protestant Work Ethic, as it's called. I myself may suffer from a form of it in that I have continued to work well after taking formal retirement from The Kansas City Star. Why? Not so much for the money, though that helps, but because I feel called to have what religion calls a prophetic voice, which means a voice that seeks to notice what's wrong in the world and then suggests ways to fix all that. Besides, the idea of playing golf every day or drinking endless bourbons on a cruise ship has no attraction for me at all -- after the weekly (not daily) first nine holes and after the first or second bourbon.

In some ways the statistics about work by American men are sort of crazy. As the Atlantic piece reports, "By 2005, the richest 10 percent of married men had the longest average workweek. In that same time, college-educated men reduced their leisure time more than any other group. Today, it is fair to say that elite American men have transformed themselves into the world’s premier workaholics, toiling longer hours than both poorer men in the U.S. and rich men in similarly rich countries."

To buy a fancier car, a bigger house? To have more to invest in the stock market? To save to be able to send their children to great universities -- or to cheat to get them in if that doesn't work?

I don't know. But I raise these questions for you today to give you a chance to think about your own approach to work and whether that approach is life-affirming or destructive? For an alternative opinion from yours about this, you might ask your spouse,  if you have one. Or your pastor, priest, imam, rabbi, lama or other religious leader -- if either of you can find the time to talk.

BEING SILENT ON RELIGION

The president of Wesleyan College, who describes himself as a non-believer, writes in this essay that when he teaches a class on religion, many of his students don't want to talk about it. "As a teacher," he writes, "I find remarkable resistance to bringing religious ideas and experiences into class discussions. When I ask what a philosopher had in mind in writing about salvation, or the immortality of the soul, my normally talkative undergraduates suddenly stare down at their notes." How sad. Is there a more important subject than the one that deals with eternal questions?