Home Archives Profile Subscribe
That 'no religious test' for officeholders: 9-17-19
A century later this book still finds our hearts: 9-19-19

A new picture of Karl Marx and his Jewish background: 9-18-19

Given how often -- and often inaccurately -- the word "socialism" gets tossed around these days and given how often we hear about brutal antisemitic acts, a new biography of Karl Marx that focuses on his Jewish roots should find lots of interested readers. 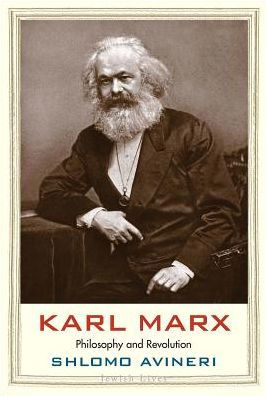 Karl Marx: Philosophy and Revolution, by Shlomo Avineri, is the latest volume in a series of biographies called "Jewish Lives" published by Yale University Press in partnership with the Leon D. Black Foundation. Previous volumes have been about everyone from Leonard Bernstein to Louis D. Brandeis to King David to Albert Einstein. The one upcoming volume I don't want to miss will be about Jesus, written by Jack Miles, author of two phenomenal books, God: A Biography and Christ: A Crisis in the Life of God.

Marx has become cultural shorthand for the disastrous failure of communism. And it's not that Marx didn't inspire a lot of the thinking that -- well after Marx's death in 1883 -- excreted communism on the world. But as Avineri, a professor emeritus of political science at the Hebrew University of Jerusalem, makes clear, the story is much more complicated and nuanced than that.

For readers trying to sort out the roots of socialism and communism, there's plenty in this book that will help do that. And along the way there's some intriguing personal information about Marx's life and struggles.

For readers who are mostly interested in how Marx being born into a Jewish family helped to shape his life and thinking, well, there's certainly some of that, but at the end I felt that subject hadn't been dealt with in as much depth as I'd have wished. In some ways, the author warns us about that at the beginning in these words: "Marx cannot be seen as a 'Jewish thinker,' and his knowledge of matters Jewish was minimal. Nor did his biography follow any pattern of Jewish life. Yet his Jewish origins and background did leave significant fingerprints in his work. . ."

To be fair, Marx didn't leave a lot to work with for someone trying to grasp how his Jewish roots affected his work.

Many people know that Marx's father, Heinrich (Heschel) Marx, converted to Christianity. It was, Avineri writes, a reluctant conversion done to allow him to maintain his position as a Prussian lawyer after Prussian authorities "decreed that Jewish civil servants and lawyers in the annexed Rhenish provinces could keep their positions -- if they converted to Christianity."

Heinrich Marx did what he could to avoid having to convert, but in the end his choice was continuing to work as a lawyer and support his family or change religions. He became a Lutheran either just before or soon after Karl Marx was born. Karl's mother did not convert until some years later, after her father, a rabbi, had died.

Karl Marx, of course, eventually learned about these conversions. In one telling I heard years ago, the result was a young man who was so disgusted by his parents' hypocritical conversion for financial reasons that he always and forever abandoned institutional religion. Well, that makes a simple, easy story, but as Avineri makes clear, the evidence that version of the story is terribly thin. Marx simply seems never to have had much stomach for religion. It just didn't interest him much. And a lot of Marx's reaction to his family's history in this matter is unrecoverable.

What Avineri does tell us is that Marx believed religion was "a human construct." Marx is famous for dismissing religion as "the opium of the people," but Avineri insists that we've mostly misunderstood what he meant. He did not mean that religion is an easy drug that helps to relieve suffering. Rather, Marx was expressing "empathy, not scorn, for the suffering religious human."

In some of Marx's writings, he expresses what Avineri calls "an extreme and sometimes vituperative attack on Judaism." But even that must be viewed in context, and that context includes later writing in which there are expressions of deep respect for Jewish values. As I say, it's complicated.

Avineri makes clear that when it came to political and economic theorizing, one must confront "the singularity of Marx's intellectual brilliance and learning." Among others thinking about socialism, he was the star. Or, at least, became the star, even when collaborating with his lifelong collaborator and friend Friedrich Engels, who "deferred to Marx's intellectual brilliance and superiority."

What I learned about what Avineri calls Marx's brilliance is that it led him not to be dogmatic about what he was proposing in the way of economic and political changes. That is, unlike some radical thinkers of his time who were happy to use violence to change society, Marx was considerably more careful to seek out more peaceful change. And he was willing to look at new developments in society and make changes in his suggested approaches rather than sticking with one idea throughout his life.

What seemed to animate Marx was what he imagined to be communism's "true aim -- the abolition of human alienation."

Well, what became communism in the Soviet Union and China, among other places, has miserably failed that true aim. It would be fascinating to know now how Marx -- in his economic and political thinking that was at least partly rooted in his Jewish background -- would have to say about that catastrophic failure today. My hope is that he would be appalled.

Conventional wisdom -- in this case mostly right -- suggests that Republicans make the most direct appeal to voters based on religion, while Democrats tend to avoid the subject. But a woman in Georgia is running as a Democrat for a U.S. Senate seat with a decidedly religious appeal to voters, this RNS story reports. This one will be well worth following to see if her approach, which I mostly like, succeeds.