Pictures of the shifting evangelical world: 9-16-19 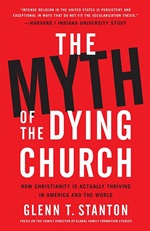 But hold on. Two new books from the broader evangelical world (not all evangelicals are white) suggest that Christian evangelicalism in the U.S. is doing pretty well.

This article from Christianity Today, which historically has been an evangelical voice, describes those books and what they have to say about the state of conservative Christianity in the U.S. these days. 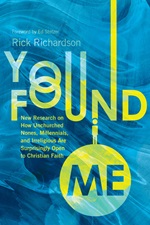 The two books make "clear that Christianity is not on its last legs," the CT piece concludes.

The books reviewed in the CT piece are Glenn Stanton’s The Myth of the Dying Church: How Christianity is Actually Thriving in America and the World and Rick Richardson’s You Found Me: New Research on How Unchurched Nones, Millennials, and Irreligious are Surprisingly Open to Christian Faith.

I have only read about these books, not actually read them.

"The story that emerges from Stanton’s overview," CT writes, "is that evangelical Christianity is doing rather well for itself. Where it is not increasing, it is holding steady."

And, CT says, "Richardson finds that many unchurched Americans think well of Christians and are open to engaging matters of faith."

I suspect that it will be several years before we know what damage evangelical Christians have done to their branch of the church through their hypocritical support of Trump. Many of us, including me, think the damage will be significant. Others disagree. So these new books strike me as drawing hopeful-for-evangelicals conclusions too soon.

But to my earlier point about not all evangelicals being white, what we can't yet know is how black and Latino evangelicals will vote in the 2020 presidential election.

However, as this 2018 FiveThirtyEight piece notes, "most black evangelicals are Democrats. A plurality of evangelical Latinos, in contrast, identify as political independents — and they’re less supportive of the Democratic Party than Latinos overall — but they are still more likely to consider themselves Democrats than Republicans." And the overall percentage of evangelicals who are white is shrinking.

So all of this is a moving target, and no one can guarantee what the evangelical world in the U.S. will look like in, say, the 2024 presidential election. All we know at the moment is that these two new books are giving white evangelicals a little reason not to despair.

WHERE THE FUTURE LIES

Pope Francis plans to visit Thailand and Japan this fall. It's a recognition that Christianity's future lies not in North America or western Europe but in Asia and the Southern Hemisphere. Lots of Christians seem not to grasp that. Glad the pope does.