How our government mislabeled a whole people: 9-13-19

Before this year's commemoration of the 18th anniversary of the 9/11 terrorist attacks is completely forgotten, it is worthwhile taking a look at a recent court ruling that said terrorist watch lists created after the 2001 attacks did not meet constitutional standards. 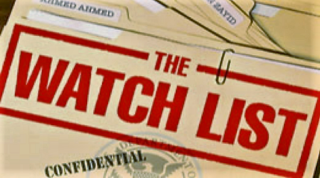 This Deseret News interview with an attorney who worked on the case, Carolyn Homer, is worth a read. She calls the court's ruling "the most significant victory against government surveillance of the Muslim community since 9/11.”

In many ways, the official responses to the 9/11 attacks, including creating terrorist watch lists, were quite understandable, and many of those responses were justified -- including the decision to go into Afghanistan and wipe out the terrorist training camps. That was simply an American act of self-defense. As I've written elsewhere, it should have lasted a year or two at most and by then we should have begun working with others around the world to undo some of the root causes of terrorism, including the misguided thinking behind religious extremism.

But it should not have been a surprise that we erred by ignoring constitutional restraints. It's what the American government has done again and again when fear has ruled the land. You saw it in the move to put loyal Japanese-Americans in internment camps in World War II. (One of my brothers-in-law was born in one of those camps.) You saw it in the way Sen. Joseph McCarthy was allowed to tar and feather patriotic Americans with charges of being communists. Were there some communists in our government? No doubt. But we went after a few flies with McCarthy's elephant guns.

So in the fearful post-9/11 days, it was to be expected that our government would overreach. Thank goodness we have a judicial system that eventually can put the right label on what happened and can move the government back within constitutional boundaries.

The attorney quoted in the story to which I've linked you says that our government "coded terrorist to mean Muslim. The cultural melding of those two identities causes enormous discrimination against the Muslim community.”

Are there some Muslims in America who want to do harm to the U.S.? No doubt. Just as there no doubt are some Christians, Jews, Buddhists and atheists who feel the same way. And we need intelligence tools to protect our population from such people. But we don't need to do that in unconstitutional ways that slap an unfair label on a whole people.

Surely we should know that by now.

Because these days religious activity happens in lots of places outside of traditional houses of worship, a project in St. Louis called "Lived Religion in the Digital Age" is trying to record and study where and how that activity is going on, this RNS story reports. This St. Louis University project, the story says, "uses photos, interviews and other data to map religious happenings around the city. The idea is to capture the varieties and complexities of religious practices — some in conventional religious spaces such as churches and others at places such as Busch Stadium, a baseball park in St. Louis — to build a better understanding of the way religion is lived." Where would you look for such activities where you live?