Home Archives Profile Subscribe
When waiting might be the right answer: 8-8-19
Are there resources for a nation in grief? 8-10/11-19

As it happened last weekend, I did not check the morning news on Sunday before heading off to church. So when, in his pastoral prayer, our pastor mentioned the shootings in El Paso, I was aware of that news and not surprised. But I hadn't yet heard about the shootings in Dayton, which he also mentioned. 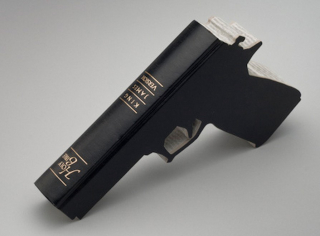 Why was he praying about such things at all? For a good reason. He was using what we call his prophetic voice. That has nothing to do with predicting the future. Rather, it has to do with naming what is wrong, immoral and hateful so that whatever it is can be examined and fixed.

Christianity generally places a high value on the use of our prophetic voices as a way to engage the culture and to call people and institutions to do the right thing.

The question is who among Christian leaders is using his or her voice in that way and who isn't -- and why not. That's the question this Atlantic article tackles, noting a rather sharp division between Christians leaders who would identify as conservative or evangelical and those who would identify as mainline or progressive. (Those two broad labels don't capture everyone and, like all labels, they hide more than they reveal, but at times they can be useful as a way of making sense of Christianity's many divisions in the U.S.)

Americans in various churches, writes religion reporter Emma Green, "have demanded accountability, calling on the Church to condemn racism and bigotry. To some Americans, white Christians are partly to blame for facilitating this hate-filled political era, in which Hispanic immigrants are demonized and fringe, white-nationalist figures have been empowered.

"Christianity in America is wildly diverse, but this question, perhaps more than any other, has become a dividing line for churches today: In the midst of rising hatred, Christians cannot agree on what their prophetic role should be, and whether there are political solutions for America’s apparent recent uptick in overt violence and bigotry."

Green quotes some pastors as saying that essentially there's no connection between gun violence and white nationalist rhetoric heard in many places, including from the White House. Rather, they say, the problem is evil and sin. She also quotes Jason Morriss, the pastor at Austin New Church, which she calls a progressive Methodist congregation in Austin, Texas, this way:

“The religious right sold their soul and gave silence to pay for a place at the table of power. And what that means is, they can’t blow the prophetic whistle. We’ve lost our way.”

The desire among self-identified evangelical Christians to be part of the governmental power structure under this president has politicized the church in unhealthy ways and, in the long run, will do enormous damage not just to the evangelical branch of the faith but to all of Christianity in America in guilt-by-association. To lose one's prophetic voice is to silence the very voice of Jesus in our culture.

(I found the image you see here today at this site.)

THE U.S. NEEDS ITS OWN TISHA B'AV

The Jewish sabbath begins at sundown this evening, as it does each Friday. But this Sunday will be a holy day Jews call Tisha B'Av, which commemorates the destruction of the first Temple in Jerusalem by the Babylonians in 586 BCE, and the second Temple by the Romans in 70 CE. Jeffrey Salkin, a rabbi who blogs regularly for Religion News Service, has a good idea about all this that he explains in this piece. Along with our other holidays in America, he says, we need a national day of reflection on which "we can reflect on what we are, what we have become and what we need to become our true vision of the American self." I can hear already a typical American response: Isn't there an app for that?