Home Archives Profile Subscribe
Here's yet another way to misread scripture: 8-7-19
One way to make Jesus shut up: 8-9-19

On this date in 1945, the military leaders of the United States -- in this case mostly meaning its civilian commander, President Harry S. Truman -- were waiting. 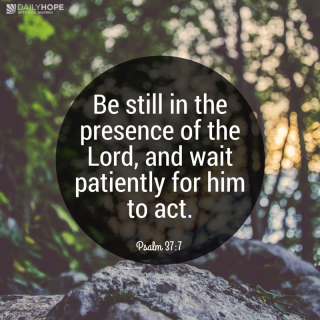 They had dropped the first atomic bomb ever used in warfare on Hiroshima, Japan, on Aug. 6. It killed tens of thousands of people, mostly civilian. Truman was convinced that it was a better option than an allied invasion of Japan, which he calculated would have cost many more lives than that. And no doubt he was right.

The question historians have long wrestled with is whether Truman and the allies waited long enough for Japan to surrender after Hiroshima before dropping the next bomb on Aug. 9 on Nagasaki. Truman and other leaders were convinced that if the Hiroshima bombing hadn't convinced Japan's leaders to surrender another bombing was needed.

All of which brings us to the sometimes-frustrating practice, often advocated by religion, of waiting. It is, or at least can be, a spiritual discipline, and in my experience it is used far too infrequently, even if the Christian season of Advent is dedicated to the idea of waiting.

The Bible -- both the Hebrew Bible and the New Testament -- are full of verses that suggest waiting, especially waiting for the Lord.

The book of Psalms, especially, has verse after verse suggesting that waiting is a wise thing, including Psalms 37:7, which suggests that we "Be still before the LORD, and wait for him." That's the Common English Bible translation. Others, such as in the graphic here today, sometimes add the word "patiently" before the word "wait."

The tension here is between the idea that God actively intervenes in human affairs and we merely need to wait for that to happen and the idea that God gave us brains and hearts and that we should use them to make the best decisions possible and not just sit around waiting for God to act without our help.

But in either case, it seems to me that sometimes waiting is not just prudent but also effective. Once we have made our strongest arguments for good and against what we perceive of as evil, waiting provides the opponent a little time to consider whether we -- not they -- might be right. And it shows that we want a peaceful and just resolution, not blood and gore just because we are capable of producing blood and gore.

Waiting, in other words, sometimes is the more moral choice. And yet sometimes -- as when a mass shooter is firing in a shopping mall -- waiting is the immoral choice. We must act immediately. It takes discernment to know the difference.

In the case of Nagasaki, had I been Truman, I'd have waited at least another day. Maybe two. And I'd have filled those days with clear statements to the Japanese leadership and people that we are prepared to do to another city what we did to Hiroshima.

All this is, of course, hindsight. Meaning it's infinitely easier for me to make this choice than it was for Truman in the moment. Still, if the choice is between waiting, at least for a short while, and inflicting some kind of violence on others, I'd always hope that waiting would get a chance to make its case.

WHAT MAINLINE LUTHERANS ARE UP TO

The 3.5-million-member Evangelical Lutheran Church in America's national governing body is meeting this week (through Saturday), and this RNS story describes what's on the agenda. The gathering reveals a church dealing with social and political issues through theological lenses. Good. One of things planned at the meeting, the story points out, is a "vote on a policy statement titled 'A Declaration of Inter-Religious Commitment.' The proposed statement outlines how Lutherans can cooperate with people of other religious traditions and still remain faithful to their own understanding of God, according to the presiding bishop." Also good. The more people of different faith traditions understand and respect one another, the more peace is a possibility in the world.