Home Archives Profile Subscribe
A day to honor the value of words: 8-28-19
Forfeiting Rohingya Muslims for an unattainable goal? 8-30-19

The church building that houses my congregation is a little over 100 years old, though the congregation itself goes back to its founding in 1865. 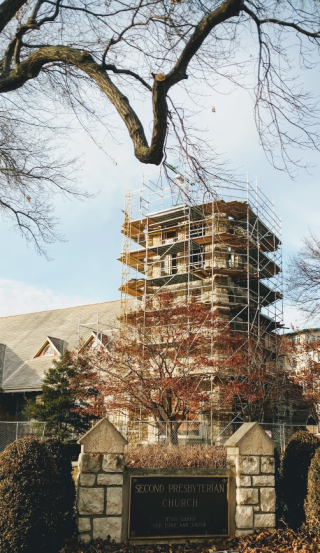 At our current location -- 55th and Brookside, just southeast of Kansas City's Country Club Plaza -- we've done various kinds of remodeling over the 41 years I've been a member there, from redoing our chapel to refurbishing our lower-level classrooms after the big Kansas City flood of 1977 to remodeling our fellowship hall, our library and our more formal parlor and more. And although we're a smaller congregation than we were when I joined, we are committed to using our building in wise ways that are financially efficient and that create space for all kinds of people even outside our membership to use our beautiful building.

Which is why we're nearing the completion of about $2.6 million worth of building changes.

Lots of other congregations around the country have not been able to keep the buildings that house them in decent shape because of a shrinking membership and old buildings that requires lots of maintenance.

In fact, as this NPR story reports, "More than 6,800 religious buildings have sold in the past five years and more than 1,400 are currently for sale in the U.S., according to the commercial real estate database CoStar.

"Some will be sold to other congregations, while others will become something entirely different — like a nun-themed coffee shop."

The story notes that "revamping old religious buildings can come with hidden costs, especially if developers have to run plumbing and heating vents through thick stone walls. A new construction project might have fewer surprises. . .but old houses of worship often have unique features that customers find desirable."

You may be aware of some church building or site reuse stories where you live. One of the saddest but well-written pieces about that appeared in The Kansas City Star a couple of years ago, written by my former colleague Rick Montgomery. Since Rick wrote that, the building has been torn down and something else is going in on that site -- but not another church.

One thing to remember about all of this is something our pastor, Paul Rock, has told us often: A church is not a "place where" but a "people who." That applies to synagogues, mosques, gurdwaras and other houses of worship, too.

(The 2018 photo you see here today, is one I took showing work being done to preserve the iconic tower at my church, Second Presbyterian. That tower work now is completed as is much of the interior work. In a few weeks, we hope the new west-side entrance to the building will be done, complete with an outdoor "porch" for various gatherings.)

TERRIBLE USE OF CAPITAL PUNISHMENT

When Attorney General William Barr decided to seek the death penalty in the case of the man accused of killing 11 people at a Pittsburgh synagogue last year, some of the Jews who worship there opposed that move, this RNS story reports. In fact, Jewish leaders and congregants around the country traditionally have opposed the death penalty. And there are all kinds of reasons to be against capital punishment. One additional reason in this case is that there's an indication that the man charged in the case might have pleaded guilty had prosecutors taken the death penalty off the table. A trial will put the whole community through the disaster again and may allow a virile antisemite a platform from which to spew his hatred. Bad move, AG Barr.