The state of New York recently created a one-year window in which sexual abuse lawsuits can be filed that previously were blocked by the statute of limitations. 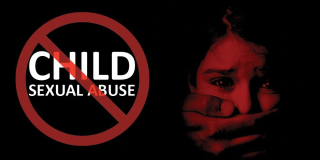 As this Associated Press story reports, hundreds of such suits alleging child sexual abuse have been filed.

In one of them, the AP says, "Thirty-eight former students of an Orthodox Jewish school in New York City operated by Yeshiva University sued. . .over claims they were molested by two prominent rabbis in the 1960s, ’70s and ’80s."

At the same time, The Houston Chronicle has continued its groundbreaking reporting on sexual abuse within the Southern Baptist Convention, including this story about the support SBC leaders were giving a pastor facing sex abuse charges.

In the Yeshiva case, the AP reported this: "One of the accused rabbis, George Finkelstein, targeted children of Holocaust survivors, according to the lawsuit, telling them they would increase their parents’ suffering if they spoke about the abuse. The other, Rabbi Macy Gordon, who taught Jewish studies, allegedly sodomized boys in a 'vicious and sadistic' manner using objects, the lawsuit says. Gordon died in 2017 in Israel. Both he and Finkelstein have denied the allegations in the past.

"Finkelstein was promoted from the school’s assistant principal to principal even after some of the boys’ parents reported the alleged abuse to school officials, the plaintiffs said."

If all of this sounds familiar, it should. We've heard story after story about such matters in the sex abuse scandal that has rocked the Catholic Church here and abroad for decades now.

What's the essential problem here? It's two-fold: People almost inevitably do sinful and illegal things. A the systems in place to protect children from those people have been shown time and again to be inadequate. No doubt it will be impossible to stop every act of child endangerment and abuse, but surely our religious and educational institutions can do better than they're doing now. The trauma inflicted by such acts of abuse can damage someone for life.

Here, for instance, is what the AP story says about one of the alleged victims: "David Bressler, 51, said the abuse he suffered while a student in the early ’80s led him to abandon his religion that now rekindles memories of the abuse. He has no contact with his parents and other relatives who are observant Jews. When he married his Jewish wife a decade ago, he made her promise not to raise their children in the Jewish faith.

"He said he still doesn’t tuck in his shirt, a habit he started in high school to make it more difficult for his abuser to put his hand down his pants. Bressler once punched Finkelstein while he says the rabbi was sexually 'wrestling' with him. Now there are days he can’t bear being on a crowded subway because 'I can’t stand being touched by people.'”

Ask yourself what you can do in the faith communities or schools with which you're connected to make sure that doesn't happen to anyone else.

It's the least any of us can and should do.

As this RNS piece reports, advertising aimed at us today has gone spiritual: "What the advertisements from the 1960s were designed to evoke was carnal (or, at least, venal). But today’s advertisements are designed to evoke different and more numinous emotions: spiritual well-being, an inward journey, a moral sensibility. We’re buying the very things that organized religion used to provide us for free." Makes me wonder why people pay for what's free. Maybe because they can.