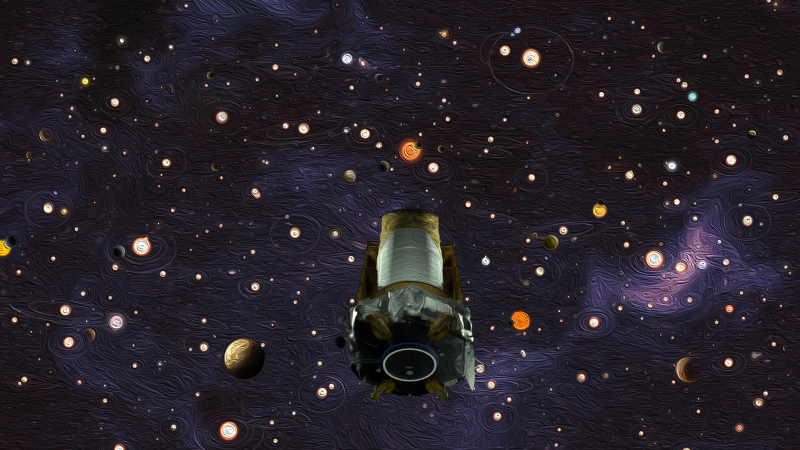 The age-old question -- rooted in theology, in curiosity and in human hubris -- is whether we Earthlings are alone in the universe.

Some of that question occurs because it's hard to imagine that a God who creates out of love would arrange for an observable universe 93 billion light-years in diameter and yet use only one tiny blue-green ball as home for life. Perhaps that's exactly what's happened, but it's still hard to fathom.

So philosophers, theologians and actual astronomers continue to delve into all the mysteries surrounding this question. One of the most recent about which I've read comes from this news release from Penn State University.

It describes work being done to provide "the most accurate estimate of the frequency that planets that are similar to Earth in size and in distance from their host star occur around stars similar to our Sun."

In other words, it's trying to find potentially habitable Earth-like planets circling stars that could support life instead of burn it up.

The researchers don't have any solid estimates yet of how many such planets might be out there, but they have determined that:

"Based on their simulations, the researchers estimate that planets very close to Earth in size, from three-quarters to one-and-a-half times the size of earth, with orbital periods ranging from 237 to 500 days, occur around approximately one in six stars. Importantly, their model quantifies the uncertainty in that estimate. They recommend that future planet-finding missions plan for a true rate that ranges from as low about one planet for every 33 stars to as high as nearly one planet for every two stars."

As almost always happens, researchers turn up findings that require more research. Which means employment for researchers. But it also might mean answers to cosmic mysteries. Such answers, of course, won't unravel the primary question of why the universe exists at all, which is to say what purpose its creator might have had in mind. But that's not a question for science. That's a question for religion.

(The image here today came with the Penn State news release, which used this caption and credit line for it: "Artist’s impression of NASA’s Kepler space telescope, which discovered thousands of new planets. New research, using Kepler data, provides the most accurate estimate to date of how often we should expect to find Earth-like planets near sun-like stars. Credit: NASA/Ames Research Center/W. Stenzel/D. Rutte"

A JEWISH VIEW OF TRUMP AND OTHERS

President Trump's recent comments about Jews being disloyal if they vote for Democrats has produced this counterargument from a writer for the Jewish publication The Tablet. It's not just Trump, argues Carly Pildis, but "whole swaths of the American political establishment are treating us like morons."

P.S.: My latest Flatland column -- about the resurrection of Central Baptist Theological Seminary in KCK -- now is online here.