Home Archives Profile
Why India's Christian population is so small: 8-23-19
Looking for Earths in all the right places? 8-26-19

If you've been following the developing schism in the United Methodist Church denomination, you know that earlier this year the church's international governing body decided to keep its old rules that forbid ordination of LGBTQ folks as pastors and that refuse to allow pastors to conduct same-sex weddings. 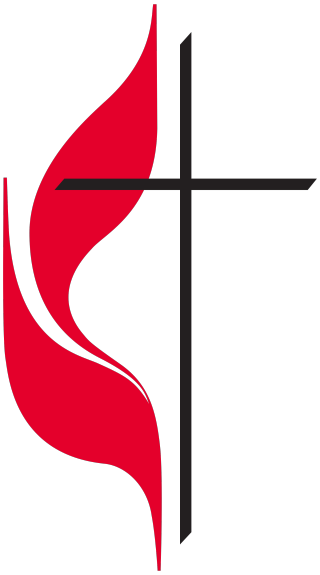 Since early in 2017, I've written about this issue several times in different venues, including here, here and here.

Recently, Religion News Service reported on a new effort to split the denomination by agreement, instead of one side simply walking away from the other. (Think of it as a Brexit-like exit, but by accord. In other words, a Methexit.) It began with a secret meeting this summer in Indianapolis and has resulted in what RNS calls "a blueprint for spinning off one or two new denominations, hoping to put an end to decades of battles over LGBTQ inclusion."

Before the Indianapolis gathering, the Rev. Adam Hamilton, founding pastor of the 22,000-member United Methodist Church of the Resurrection in suburban Leawood, Kan., hosted a meeting of Methodists opposed to the plan that the UMC adopted. The result of that gathering was at least an informal commitment to resist the new plan and to seek ways to undo it but not to walk away from the denomination, at least not yet.

The RNS story says the Indianapolis gathering was attended by "five conservatives and eight Methodists who are more liberal." One of the attendees described the plan this way: “It’s a practical plan that promotes peace and fairness.”

As RNS details the plan, it "would not dissolve the United Methodist Church or require amending its constitution. Instead, the denomination would create a new legal entity for traditionalists. Under the plan, the United Methodist Church would change its name. It would also make changes to the denomination’s rulebook. Most notably, it would delete a statement that says the 'practice of homosexuality' is 'incompatible' with Christian teaching. Regional bodies called 'conferences' would then have a choice of aligning with either the traditionalist or what it calls the 'centrist/progressive' denomination."

No doubt something like this will appeal to some Methodists, including those who want to keep the old anti-LGBTQ rules and those who think they're wrong and should be scuttled. But I have trouble seeing how the plan differs from a pure split. In fact, this new plan even gets rid of the UMC name. And it gives up the continued fight to make the whole church LGBTQ friendly.

This continuing battle over LGBTQ issues will end some day when those who continue to think the Bible condemns homosexuality will wake up to the reality that it does no such thing. You can read my essay about what the Bible really says about homosexuality here.

In the meantime, the UMC and other denominations with anti-LGBTQ rules will continue to injure gays and lesbians for no good reason. I'm not a Methodist (but a Presbyterian).  But if I were a Methodist I'd keep fighting to change the old rules. We Presbyterians fought over this from at least 1978 until we finally changed our rules in 2011 to allow otherwise-qualified LGBTQ people to be ordained and to allow pastors, if they choose to, to officiate at same-sex weddings. It has cost our denomination, the Presbyterian Church (USA), congregations as well as members. But doing the right thing often is costly.

Jesus taught us that.

IS THE TERM 'MORMON' DISAPPEARING?

About a year ago the leaders of the Church of Jesus Christ of Latter-day Saints asked that people stop referring to members as Mormons. This RNS piece analyzes how that has gone. On the whole, it's been a tough sell, though there are a few signs of progress toward the no-Mormon goal. Maybe the problem is that the church itself used -- and allowed use of -- the term for so long. And the alternatives are both long and at times awkward. Still, as a rule we should call people what they prefer to be called.

P.S.: My latest Flatland column -- about the resurrection of Central Baptist Theological Seminary in KCK -- now is online here.