Home Archives Profile Subscribe
Can Hindus and Muslims in the subcontinent unite? 8-14-19
She wants to FaceTime God: 8-16-19

A documentary series on religion and politics: 8-15-19

Several years ago I read two books by investigative journalist Jeff Sharlet that had to do with the secretive political-religious group colloquially known as "The Family," but formally called The Fellowship Foundation. 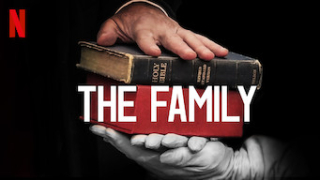 The group organizes the annual National Prayer Breakfast and seeks to put men (mostly men) who identify as conservative Christians in positions of governmental power.

The books -- The Family: The Secret Fundamentalism at the Heart of American Power, and C Street: The Fundamentalist Threat to American Democracy -- have been used to create a new five-episode Netflix documentary series called “The Family.” It began running this past Friday.

Obviously I haven't seen the series, but I suggest to you that it will be worth watching if it stays true to the reporting Sharlet has done in his books.

In the NBC News article to which I have linked you, Sharlet is quoted as saying that "The Fellowship isn't about faith and it spreads very little. It's about power."

That's the very compromise that Christians who identify as evangelical have made by supporting Donald Trump. That story is told by a self-identified evangelical Christian, Ben Howe, in a new book I plan to review here in a few days: The Immoral Majority: Why Evangelicals Chose Political Power over Christian Values.

It's clearly one of the most important religion stories of our era. And unless I miss my guess, it will (and already has) resulted in enormous damage to the image of conservative Christianity (and maybe all of Christianity) here and around the world.

By the way, the roots of The Fellowship go back more than 80 years. As the NBC piece explains, "Abraham Vereide started the first iteration of the Fellowship in Seattle in 1935 when he hosted 19 business leaders with the aim of crushing organized labor. However, using the Prayer Breakfast as a discreet Christian recruiting platform was perfected under longtime leader Doug Coe, who was considered one of the most powerful influencers in the Beltway before his death in 2017."

P.S.: Convoy of Hope, which you can read about by clicking on that link, is holding a Kansas City event on Saturday, Sept. 7, and offering free food, shoes and other things to needy people. For details, download this pdf -- and share it: Download COHCE2019KansasCityEnglishGuestFlyerCMYK1 (1)

ANOTHER P.S.: DENVER -- I'm here in the Mile High City for a few days to celebrate some events with friends. While I'm gone I won't be adding the usual second item to the daily blog post.