Home Archives Profile Subscribe
Are there resources for a nation in grief? 8-10/11-19
A sad, paradoxical picture of religion in China: 8-13-19 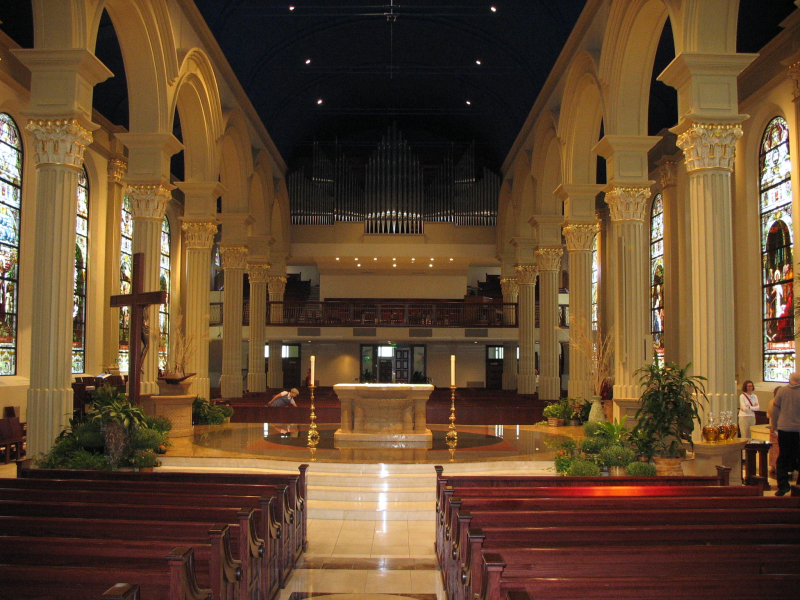 Back in the mid-1990s I taught some classes to try to fix that for Presbyterians. It was a course I called "Theology Even the Clergy Can Understand," and was a way to expose others to the essentials of Reformed Theology, the branch of Protestantism in which we Presbyterians locate ourselves.

The Pew words "actually become" may, in fact, reveal Pew's own misunderstanding of the doctrine. Let me explain:

The transubstantiation doctrine is rooted in Aristotelian science, which divides the world into "substances" and "accidents." A substance means something's essence -- a table's tableness, for example. An accident refers to its appearance -- its taste, its texture, color and so forth.

So if, by using the words "actually become" the Pew folks really mean that Aristotelian science distinction, fine. But those words, without further explanation, usually mean a change in a literal sense, so that one could test the wine-now-blood and discover a blood type or test the bread-now-body and find human cells. That kind of literalness, however, is not what the Catholic Church teaches when it talks about Christ's "Real Presence" in the sacrament.

And if the Pew folks are using sloppy language like that, it's probably no wonder that people in the pews of Catholic churches also don't understand the nuances of the doctrine. And maybe that's why so many of them say they don't believe it.

In the same way, I doubt that if you asked most Presbyterians about our sacrament of Holy Communion, or the Eucharist, they would not be able to tell you that we Presbyterians also are "Real Presence" people, though we don't use transubstantiation as an explanation for how Christ is really present.

One question that should be considered in such matters is if, in the end, it makes any difference whether a Catholic can explain the doctrine of transubstantiation or whether any of my fellow Presbyterians can describe what John Calvin might have meant by "double predestination."

Such details may fascinate strange minds like mine, but those details really aren't the core of the faith, which in bumper-sticker style can be expressed in five words -- "Love God, self and neighbor" -- or four, if you don't count the "and."

Get that core right and the rest is frosting. But if you care about that frosting, feel free to read the whole Pew report.

(The photo here today shows the altar of the Catholic Cathedral of the Immaculate Conception in downtown Kansas City.)

The other day here on the blog I wrote about a new organization of Christians formed to work against Christian nationalism. Salon, which has been writing about Christian nationalism for quite some time, just did this backgrounder on that new group. It should fill in some gaps that my previous post may have missed.