Ah, Texas. Brash, proud, big and wrong about so much, including its prominent leadership among states that continue to use the death penalty, an immoral system that is wildly expensive and that sometimes lets the state kill innocent people. 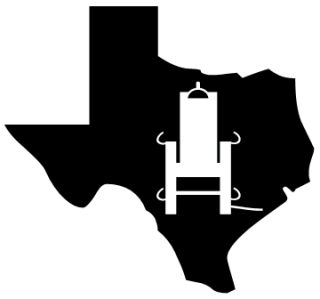 At the moment, Texas has 10 executions scheduled between Aug. 15 and Nov. 6. Texas deserves, for this, a highlighted place in the Hall of Shame.

But here and there in Texas there still are voices of reason, including the authors of this recent opinion piece in The Houston Chronicle.

"As of today (July 20)," they write, "13 men have walked free from Texas death row because they were wrongfully convicted. Anthony Graves, one of the authors of this piece, is one of them. He spent more than 18 years behind bars for a crime he did not commit. Twice he faced execution dates.

"Besides the unthinkable gravity of such mistakes, the facts show that the death penalty is an extremely expensive way to seek justice. A death penalty trial, including mandatory appeals, is now estimated to cost more than $2 million. We are spending an awful lot of money on a system that has proven to be wrong a bunch of times."

But Texas has done something to make all of this worse. Earlier this year Texas banned all chaplains from being present at executions.

In response to this clear outrage, dozens of faith leaders from all around Texas have asked the state to change its mind about that.

In this interfaith statement, those leaders says they are "united in recognizing that the right of condemned people to spiritual comfort at the moment of death is a longstanding and widely-recognized religious practice." The state's decision, they say, "also infringes on the religious liberty rights of chaplains and spiritual advisers themselves. Clergy have the right to minister to those who have placed themselves in their care, up to and including the moment of death. The state cannot, and should not attempt to, regulate spiritual solace."

No telling what Texas will do next about all of this, but my guess is they'll find a way somehow to make it even worse yet again.

The death penalty should be abolished in every state and for federal crimes as well. (And speaking of federal crimes, our government has decided to start executing criminals again. Here's the story.) Most countries have done that. And you almost certainly would not want to live in some of the countries that retain capital punishment (like Iran), except for the U.S. We're in some bad company and for all the wrong reasons. It's time to change.

'SEND HER BACK,' HE ARGUES

Time for some serious satire, folks. Fr. Thomas Reese suggests in this RNS column that it's way past time for the U.S. to send the Statue of Liberty back to France. After all, he writes, "She entered our country in 1886 without a visa and has stayed here ever since. She never applied for citizenship and does not have a green card. She does not speak one word of English."