Home Archives Profile Subscribe
How did Christianity and oil make America? 7-22-19
Would it matter if we're not alone in the universe? 7-24-19

What role should religion play after a suicide? 7-23-19

Over this past weekend, I attended a memorial service for a woman in her middle 20s who committed suicide earlier this month. It was a terrible loss. 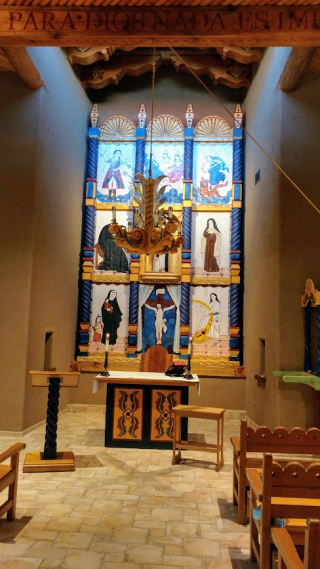 And, historically, religions haven't been especially helpful in dealing with the always-mysterious choice of killing oneself. As the helpful piece to which I just linked you notes, religions have understandably sought to steer people away from suicide because of the preciousness of life. But sometimes they have gone beyond that and condemned (sometimes suggesting hell) those who die by their own hand.

It's a heartless way to approach this difficult matter. Absolutely heartless. And unnecessary.

The good news, as reported in "The Conversation" article to which I've linked you, is that some of that is changing:

"While striving to emphasize the sacredness of life, it’s most certainly the case that traditional religious prohibitions against suicide provide little comfort to those who contemplate taking their own life, not to mention to the loved ones who will be left behind.

"The good news is that today, there are more and more resources for talking about and preventing suicide. In particular, world religions have become more sympathetic and nuanced in their understanding.

"Jews, Catholics, Muslims, Buddhists and Hindus have all established extensive outreach programs to those who suffer from suicidal thoughts. Such efforts recognize that God especially loves those who suffer in the darkness of depression. Suicide then is not an act that calls for divine punishment, but an all-too-common threat that calls us to reaffirm hope in life as a precious gift given by God."

I was pleased that the Catholic priest and woman religious who led the service I attended were gentle, consoling, mournful and comforting. The priest even used one of the many New Testament verses that suggest that God will rescue and redeem all of us, John 6:39, which quotes Jesus this way: "And this is the will of him who sent me, that I shall lose none of all those he has given me, but raise them up at the last day."

So what those of us who crowded into a beautiful little chapel Saturday morning were doing was simply offering our presence to the family, our comfort, our hope that family members might find a way forward and to remember the gift that this young woman was to them.

The priest quoted the mother of the woman who died as saying that she, the mother, eventually will get through this ordeal but she'd never get over it.

And the job of religion in such cases is to help those left behind to get through it, not promise that they'll ever get over it. Slowly religion seems to be getting that message.

UNITARIANS MAY NOT GET THIS

The votes are in. The Hymn Society of the U.S. and Canada has decided that the greatest hymn ever is "Holy, Holy, Holy." Our Trinitarian guess is that it won 3-1.

One of the hymns we sang at the memorial service about which I wrote above was "Amazing Grace," that marvelous old standard written by a man who used to be in the slave-trading business. It's one of the 15 spiritual songs highlighted, explained and recommended in a lovely little new book, Fifteen Spirituals That Will Change Your Life, by Henry L. Carrigan Jr. It's no surprise that it begins with "Amazing Grace," particularly recommending Aretha Franklin's 1972 version of it. The author is a guitarist and music critic who has been playing gospel music for decades. And he's right to conclude this: "Great music changes us. Great gospel music changes how we live." Carrigan isn't writing a history of spirituals and gospel music, but he does note that this music "developed first in the black church and then evolved in white Southern churches in forms referred to as country gospel and bluegrass gospel, each of which has its own style. But no matter the particular gospel style, the music has despair, salvation, love hope and transcendence at its core." Among my personal favorites included in this small volume: "How Great Thou Art," "I'll Fly Away" and "Swing Low, Sweet Chariot." Even before you finish reading this book, you'll want to be singing.