Home Archives Profile
The slow, slow pace of change in religion: 7-16-19
What, if anything, will replace institutional religion? 7-18-19

Some 15 or so years ago, I attended a national conference in the Washington, D.C., area for journalists to learn more about how Islam is finding its way in the U.S. 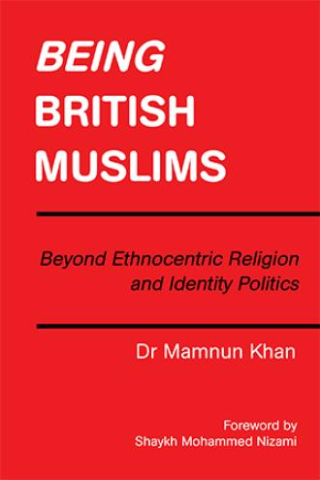 The question we considered had to do with what kind of Islam Muslims in America were creating here and how it differs from Islam elsewhere because of the peculiarities of the American culture in which it was having to negotiate its way.

The reality is that every religion has at least slightly different expressions depending on the country in which its adherents live. American Buddhism, for instance, will be somewhat different from Buddhism as it's practiced in, say, Tibet, Japan or the United Kingdom.

What's interesting about these differences is that people in one country can learn from the experiences of their coreligionists in another country.

All of which is why a new book by a British Muslim should interest not just British Muslims but also Muslims in America and elsewhere who continue to negotiate a place and space for their faith tradition.

The book is Being British Muslims: Beyond Ethnocentric Religion and Identity Politics, by Mamnum Khan, who has degrees in biochemistry and molecular immunology from British universities. He lives in Luton, England, northwest of London.

Khan clearly is seeking to present a rational, calm, thoughtful approach to Islam not just because such an Islam makes sense in a British context but also because such an Islam stands in useful contrast to the rigid voices from branches of the faith that, in some locations, have turned Islam into Islamism, an ideological, political and often violent expression that most of the world's Muslims reject and detest.

The essays contained in this book first appeared, sometimes in slightly different forms, in a blog called Islamicate.

Khan encourages the British Muslims to and about whom he writes to avoid simplistic expressions of the faith.

"Have we created a culture where we shut down or ignore people who ask questions. . .?" he asks. The pursuit of such questions, he insists, should lead to a "holistic and nuanced understanding of reality." Which, of course, would look rather different from the brutal and demented version of Islam produced by the Osama bin Ladens of the world. Those versions, he says, are interested only in "tight-fisted, no-nonsense answers" to difficult questions.

He also suggests honoring and even recreating some of the Islamic institutions, such as multidisciplinary research academies, that were products of early Islam in the Eighth Century. Such institutions, he suggests, could reinvigorate Islam today wherever it's found.

Demographics in Britain show some of the same trends as demographics in the U.S. Khan notes, for instance, the in the 1950s the Muslim population of the United Kingdom was around 100,000, or 0.2 percent of the population. Today it's around three million, or five percent and is expected to grow by 2050 to about 10 percent of the population. The U.S. Muslim population also is growing, but not as quickly as in Britain. (A 2017 estimate of the U.S. Muslim population puts it at about 3.5 million, although Muslims are traditionally hard to count because they don't keep mosque membership numbers the way many Christian churches do.)

Still, what British Muslims are learning about how to integrate themselves in healthy ways into society can be useful information for American Muslims, too.

And that includes Khan's concluding advice: "Muslims should keep away from seeing ourselves as superior or better endowed in any realm of life simply by virtue of being Muslim. Instead, we should strive to be humble and grateful beings. In the context of social interactions, this means that we see others, including non-Muslims, as souls on their own journeys back to God." Not bad advice for people of any faith tradition.

ARE WE USING TECHNOLOGY IN THE RIGHT WAY?

Yesterday's 50th anniversary of the moon landing by Apollo 11 astronauts was -- and remains -- an opportunity to think about what technology has brought us, this RNS opinion piece says. Julie Schonfeld writes this: "We should hold our technology today up to the test of whether it inspires society toward wonder, hope and courage or increases fear and insecurity about our shared future." What a good idea.