Home Archives Profile
After the Charleston massacre, a story of hope: 7-12-19
On protecting religious freedom for all, everywhere: 7-15-19

What are people who walk away from institutional religion looking for that they're not finding in the faith tradition of their parents or grandparents? 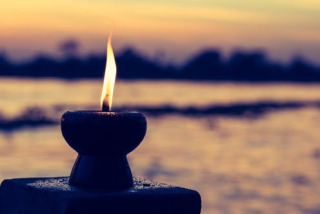 It's a question that churches, synagogues and other houses of worship have been asking for more than 50 years as the number of people who identify as religiously unaffiliated -- or "nones" -- has grown dramatically. Nones now make up something like 25 percent of the American adult population.

The Los Angeles Times recently looked into the question of alternative religious practices, if any, among the nones and, in this article, reported finding a wide range of options.

"And no, they don’t particularly care if you think it’s 'woo-woo' or weird. Most millennials claim to not take any of it too seriously themselves. They dabble, they find what they like, they take what works for them and leave the rest. Evoking consternation from buttoned-up outsiders is far from a drawback — it’s a fringe benefit."

One of the intriguing things about all this to me is that people -- almost all people everywhere -- seem interested in the eternal questions, in questions of meaning and purpose. Those are spiritual questions that various religions over the course of human history have sought to answer in different ways. But the seeking never ends, and that's a good thing.

Simplistic answers appeal to some people, of course, but the healthiest religious traditions encourage people to recognize their ultimate inability to comprehend the incomprehensible because they are finite minds seeking to grasp the infinite. So healthy religious traditions encourage people to be comfortable with ambiguity and paradox and mystery.

And maybe people who deal in tarot, astrology and such are just more naturally open to mystery, though I'd like to think that people of traditional faiths also would welcome it.

The people to worry about are the ones who claim to have all the mysteries solved and know all the rules. They scare me a lot more than some millennials fooling around with the fake science of astrology.

Here's an intriguing blog post by a Lutheran pastor who visits a Southern Baptist Church in Texas and is overwhelmed by the co-mingling and confusion of patriotism and the gospel. When Christians wrap the gospel in the American flag, the result is nothing but distortion.