A decade or two ago many Americans were under the impression that the only religious group dealing with charges of sexual abuse was the Catholic Church. 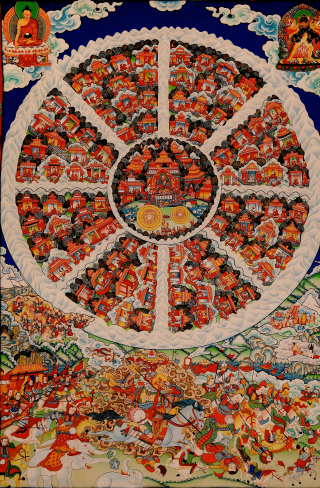 That has turned out to be wrong on many counts. For example, this summer's national gathering of Southern Baptists devoted a lot of time to how to handle sexual misconduct charges in various Baptist congregations and institutions.

And just this week, The Denver Post published this story about abuse among Buddhists in Colorado who are part of what's called the Shambhala movement. It also published this backgrounder about Shambhala.

As the story noted, "Shambhala, the Boulder-born Buddhist and mindfulness community, for decades suppressed allegations of abuse — from child molestation to clerical abuse — through internal processes that often failed to deliver justice for victims, The Denver Post found through dozens of interviews with current and former members and a review of hundreds of pages of internal documents, police records and private communications.

"That suppression came in the form of worshipful vows students said they were told to maintain to the very teachers they alleged abused them; in explicit and implicit commands not to report abuse; and through a cultish reverence that served to protect Shambhala’s king-like leaders, according to interviews and third-party reviews commissioned by Shambhala itself."

Well, you can read the rest of the story and the backgrounder for yourself if you're interested. What I want to point out is that by now every faith community should be aware of the potential for such abuse and have policies and practices in place to prevent it. It's more and more apparent that the question isn't whether such abuse will occur in this or that religious context but when. It's also clear -- and not just from the Catholic experience with all of this -- that religious leaders will do what they can to protect the reputation of their institutions at the expense of injured individuals.

So if you don't know what you faith community is doing to protect children and to prevent sexual abuse of any member, start asking questions now. The people you save may include your children or grandchildren.

(The image here today of the Shambhala mandala can be found here.)

THE SCARY VIEW OF CHRISTIAN ZIONISTS

The rigid theology that guides many Christian Zionists is, in the view of the author of this RNS opinion piece, sadly antisemitic. Indeed, there's almost no other way to look at it. Their supposed support of Israel is paper thin and has little to do with the welfare of the Jewish state.