Home Archives Profile Subscribe
More progress against the death penalty: 6-4-19
Islam, like other religions, has many divisions: 6-6-19

Trauma can happen to an individual, of course, but also to an entire people. 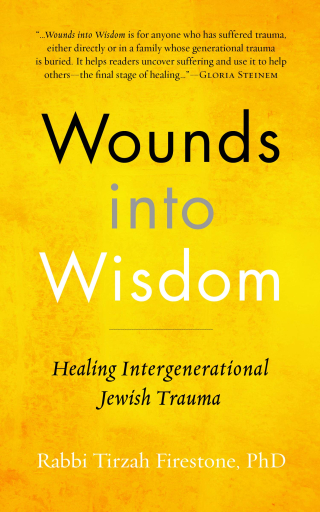 In the latter case, there's a growing body of evidence that extreme trauma doesn't die out when the generation that experienced that trauma dies. Rather, it can last in some form unto the third and fourth and even further generations.

Yes, it focuses on the Holocaust and other traumas experienced by Jews, but what Firestone writes is applicable to almost anyone who has experienced the disruptive, shocking ways in which trauma can change our lives and can flow unbidden from one generation to the next.

"The residue of our ancestors' unresolved injury," she writes, "does not simply disappear. In fact, it often weighs most heavily on the introspective, sensitive members of the next generations."

Already we are seeing that in families who lost loved ones in various terrorist attacks, for instance. William Faulkner was right when he said that "The past isn't dead. It isn't even past."

Firestone says that something like post-traumatic stress disorder can affect people generations after their ancestors experienced the original trauma.

"Symptoms such as emotional numbness, hyperreactivity, shame, isolation and the inadvertent compulsion to reenact traumatic injuries appear similarly in the aftermath of both individual and collective trauma," she writes.

Firestone has experienced some of this in her own family, given that she is a descendant of Holocaust survivors. She describes how she even left Judaism when she "left my parents' home, casting off the burden of my birth religion like a heavy wool coat in spring." Eventually, this St. Louis native made peace with her faith tradition and rediscovered in Judaism a path that has helped her understand collective trauma and how it can be healed. "(I)t was never Judaism that I had rebelled against; it was the unintended repercussions of unhealed trauma that I was attempting to flee."

The problem, she says, is that "trauma often stores itself in layers, not unlike the sedimentations found in an archaeological dig. With attuned treatment and a safe environment, the psyche reveals itself one level at a time."

She describes several examples of individual and collective trauma and how those who experienced it have worked through a process that is bringing resolution and healing. And what she most wants us to know is that such resolution and healing are possible: "Freeing ourselves from our inherited family patterns is possible for both survivor and future generations."

The second half the book describes seven principles that can form the basis for healing. And these principles are desperately needed today, for as she writes: "The tribes and ethnic groups around the world that are suffering political and religious oppression, displacement and ethnic cleansing are among the world's 68.5 million refugees. Continuously exposed to terror, homelessness, poverty and unthinkable conditions, masses of Syrians, Central Americans and Africans are reshaping the face of their own cultures. . .The future that our children will inherit is shaped by the traumas of the present."

This is a wise book rooted in both personal experience and professional study. Its promise is that it can help reduce the disastrous effects that trauma can have on individuals and on whole communities.

MORE ON ABUSE AMONG SOUTHERN BAPTISTS

Thank goodness, again, for good journalism. This time it's kudos to The Houston Chronicle for another in its series of articles about sexual abuse inside the Southern Baptist Convention. The latest piece focuses on the SBC's failure to discipline missionaries engaged in such abuse: "The Chronicle found a long trail of alleged cover-ups involving sexual misconduct or crimes committed abroad by a small number of Southern Baptist missionaries, all salaried employees of the mission board. Collectively, five men were credibly accused or convicted of abusing about 24 people, mostly children, court records, documents and interviews show." If religious organizations won't police themselves, good investigative journalists should and have. I wrote about this most recently here in February.