Home Archives Profile Subscribe
Should the Census Bureau ask about religion? 4-17-19
Some vital context for the 'Green New Deal': 4-19-19

What, exactly, does it mean to have a sense of oneness about life? And more to the point, what difference does it make if, in fact, you have such a sense? 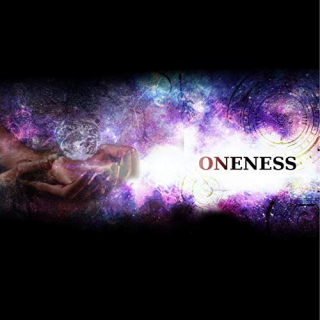 New research published by the American Psychological Association suggests that people who see the world that way tend to find life more satisfying than people who don't.

The press release about the story to which I just linked you quotes the author of the study, Laura Marie Edinger-Schons of the University of Mannheim, this way:

“The feeling of being at one with a divine principle, life, the world, other people or even activities has been discussed in various religious traditions but also in a wide variety of scientific research from different disciplines. The results of this study reveal a significant positive effect of oneness beliefs on life satisfaction, even controlling for religious beliefs.”

Different religious traditions emphasize the idea of oneness in different ways and with different levels of importance.

For instance, Judaism's central prayer, the Shema, speaks of the oneness of God: "Hear O Israel, the Lord is our God, the Lord is One."

From that insight -- or revelation -- flow many implications about the way all of existence is connected to or contained in that one divine being.

When Jesus later says that he and "the Father are one," he connects himself to that cosmic sense of oneness and then tells his disciples to "abide in me," meaning, in effect, to join in that oneness, too.

Islam, of course, is insistently monotheistic, meaning that nothing exists outside of God or at least without permission of God. Muslims use the term "Tawhid" to refer to this oneness.

Eastern religions, too, teach their followers about that the whole of creation is interconnected in some ineffable way.

In addition, much of science, with no reference to religion at all, operates on the underlying assumption that there is nothing in the cosmos that is not, in some way, connected to the rest of the universe.

And even ancient Greek philosophers contemplated oneness. For instance, Plato, in his work called Timaeus (I've never forgiven him for misspelling my family's surname), contended that the entire world is one large organism.

It is, of course, easy to lose sight of the idea of oneness when we live interrupted, distracted, self-focused lives.

The study's author, Edinger-Schons, said that strengthening the more general belief in the oneness of everything has the potential to enhance peoples’ lives and might even be more effective than traditional religious beliefs and practices at improving life satisfaction.

But just FYI, no, all of this does not mean that you'll be happier with life if, the next time you order a pizza, you say, "Make me one with everything."

(The image here today, by the way, appears to be an album cover. You can find it here on Amazon.)

The shock of the fire at Notre Dame Cathedral in Paris this week continues to reverberate. But as a Baylor history teacher writes in this RNS column, there are several examples of other great churches burning and of their eventual reconstruction. This has been a sad Holy Week for Christians around the world, though as Beth Allison Barr writes, "Holy Week is also the perfect time to hope for resurrection." P.S.: As no doubt all of you remember, today is National Columnists Day, commemorating the day in 1945 on which the patron saint of the National Society of Newspaper Columnists, Ernie Pyle, was killed in World War II. My friend Dave Lieber of the Dallas Morning News and I were behind its creation. So tell your favorite columnists today either how much you love them or tell them how much they make you upset. Just don't ignore them. Or -- here's an idea -- take one to lunch today. Just not me today. I have other plans.