Home Archives Profile Subscribe
What Notre Dame Cathedral means to the world: 4-16-19
The benefits of a concept of oneness: 4-18-19

Should the Census Bureau ask about religion? 4-17-19 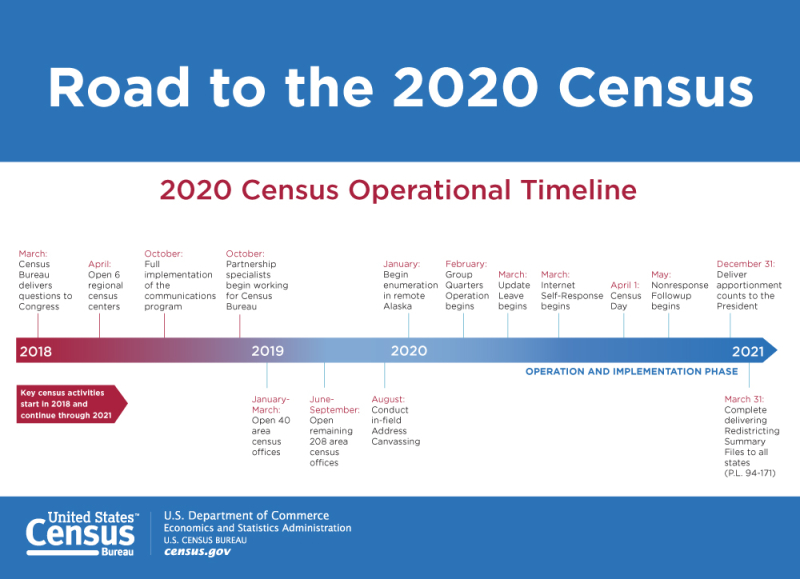 As the U.S. Census Bureau prepares for the 2020 count, one of the questions it won't be asking is about what religion, if any, you follow.

But should it ask that? That's the question this story in the Deseret News explores, and it's for sure a question worth some conversation.

"For centuries," the story reports, "government officials have struggled to justify certain questions, including ones about religious affiliation.

"'Any question that raises privacy concerns or is controversial will generate a problem,' said Margo Anderson, author of 'The American Census: A Social History.' 'The question of religion is so explosive.'"

Adding a question about religion to the census could produce lots of helpful data for people who care about the shape of the culture and its future. But any census question should respond to a justified government need to know the answer, and it's hard to imagine any legitimate need the government might have to know, say, how many Methodists there are in the country or how many Catholics or Muslims.

There are private group that make such estimates, of course, and those figures can be helpful to sociologists and others who are trying to get a grasp on the shape of society. For instance, from such sources as the Pew Research Center, we learn that there has been a large increase in recent decades in the number of American adults who say they are religiously unaffiliated. The estimate of such "nones" now is nearly 25 percent of the adult population.

But why would any government agency need to know that?

It's not that the Census Bureau has always shied away from religious questions. As the Deseret News story reports, "During the second half of the 19th century, the census included questions about religious organizations, collecting information about average church attendance and income. In the early 20th century, these questions were shifted to a new, stand-alone Census of Religious Bodies, which took place every 10 years from 1906 to 1946."

But eventually such questions seemed problematic and were dropped.

As the courts and the Census Bureau wrestle with the final form of the 2020 count and its various questions, let's leave questions about religion to non-governmental agencies interested in such research, even as we remember the large role religion continues to play in the lives of many Americans.

This terrific Washington Post column is in full harmony with the 2000 Kansas City Star column I wrote about the Notre Dame Cathedral and reprinted on the blog here yesterday. Yes, Notre Dame is an iconic historical structure -- but first it's a church. When sacred space is destroyed, we all lose. By the way, at the same time as the Notre Dame fire, a blaze also broke out at the Al-Aqsa mosque on the Temple Mount in Jerusalem. But it apparently was controlled quickly without serious damage or injuries.