Home Archives Profile Subscribe
Pondering theological issues in -- Nebraska: 4-12-19
Our genetic future no longer is in the future: 4-15-19

In his 2015 book, The Great and Holy War: How World War I Became a Religious Crusade, Philip Jenkins argued persuasively that that brutal and astonishing conflagration had many theological overtones and undertones. 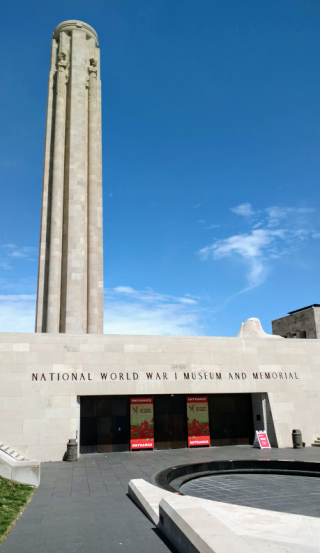 As, I suppose, all wars do, given that all wars are the result of some kind of human failure. And what religion doesn't try to mitigate, explain or repair human failure?

What is especially striking about World War I, however, and its immediate aftermath exactly 100 years ago is that it came at a time when at least many Christian had moved toward the idea that humanity was not just theoretically perfectible but was actually making serious progress in becoming so. This thinking, labeled "liberal theology," imagined that people were getting better and better morally and that one day we'd be so damn good that God would pat us on the head and give us gold medals. Liberal Christian theology got some things right, but it got that idea terribly wrong.

And World War I destroyed that idea. When five years of bitter shedding of blood followed by a vengeful treaty were in the history books, the poet Ezra Pound summed it all up with these sorrowful words in his poem Hugh Selwyn Mauberley:

There died a myriad,

And of the best, among them,

For an old bitch gone in the teeth,
For a botched civilization.

The National World War I Museum and Memorial in Kansas City is now taking a look at the sickening aftermath of the war in a small but effective new exhibit, "1919: Peace?".

I visited it the other day and recommend that you do the same. And as you do, I challenge you to think about what that war and what all wars say about our relationship to God and our affiliations with world religions that preach peace, reconciliation and love. Are we not listening? Are we incapable of reaching such soaring moral goals? Is the human race to be stuck in the mud of immoral and destructive choices forever?

The museum's advance information about the exhibit notes that "the war — and its lasting effects — did not end even with the signing of the Treaty of Paris at Versailles on June 28, 1919. Men and women still lost their lives either directly from continuing hostilities or from lingering wounds and diseases. The influenza epidemic continued unabated until the summer of 1919. From the dark hostile woods of North Russia to the uneasy peace along the Rhine in occupied Germany, death and the threat of war reigniting continued."

And, of course, starting in 1917 and continuing until about 1926, there was the Russian Revolution. As the museum's senior curator, Doran Cart, notes: “When we look at the lingering effects of World War I in the immediate aftermath of the armistice and the Treaty of Paris at Versailles, we do not see a tremendous degree of resolution. In fact, the degree of upheaval across the world is arguably just as significant after the war.”

One of the displays in the new exhibit includes a quote from Sgt. Albert E. Robinson about his experience of seeing death from war up close: "I looked at him -- my first dead foe -- and it seemed as though all the glory were struck from the war. A mere boy he was, named Hagedorn."

All the glory. Robinson somehow had bought into the mirage, the myth that there is glory in war. There may be heroic acts of rescue and sacrifice, but war itself is in no way glorious. It is, rather, a human disputation against the divine goal of peace and harmony. War shames us -- even when it is the least evil of a series of evil choices, as World War II was for the U.S.

B-16 CONTRIBUTES NOT MUCH

Former Pope Benedict XVI, who retired unexpectedly in 2013, has written an essay about the priest abuse scandal in the church that explains very little and does little to move toward a solution. But he gets in a shot or two at the much-maligned 1960s, which seem to take it on the chin far too often. Sometimes silence is the best response from former leaders.