Home Archives Profile
Why we should care about turmoil in India: 3-8-19
How are the Mormons mostly holding it together? 3-11-19

Unpacking the debate over supposed antisemitism: 3-9/10-19

On the whole, citizens of the United States and Christians generally around the world are much less antisemitic than was the case 50 or 100 years ago. Which isn't a huge compliment, given historical American anti-Jewish bias and, especially, Christianity's long history of anti-Judaism. 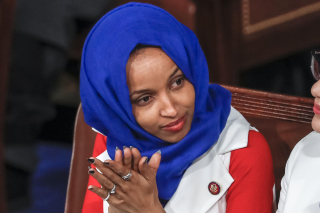 In fact, maybe 15 or so years ago I heard a rabbi address religion journalists at a conference in Washington, D.C., and say that most American Jews now have very little personal experience with antisemitism.

I don't think he'd say that today. Things have gotten worse since then, though, as I say, nowhere near as bad as they were back when legal restrictive covenants kept Jews from buying homes in certain neighborhoods and when there were strict quotas on how many Jews could get into certain top American universities.

The issue today is multifold and complicated. It has to do with, among other things, the general permission President Trump has given people to express their opposition and even hatred toward people whom they think of as "the other," whether that means Jews, African-Americans or immigrants from Central and South America. It also has to do with the use of the term anti-Zionism to conceal what is, at base, antisemitism. I wrote about that here recently when I reviewed a new book on the subject.

And it has to do with the deep political divisions in our country, which often are exacerbated by disagreements over such international matters as the Arab-Israeli conflict and the so-called war on terror, which has targeted radical extremists who come out of an Islamic background.

Mix all of that together and you shouldn't be surprised to find Congress all stirred up about which of its members are saying antisemitic junk and which are simply criticizing Israeli government policy in an appropriate way. In response to all this, the House passed a resolution on Thursday condemning antisemitism and almost any other kind of bigotry you could think of. And by a 407-23 vote. (I don't think all 23 no voters are in favor of bigotry but, rather, thought the resolution was flawed in some other way.)

This Vox opinion piece, longer than articles to which I usually link you, helps to unpack what has been going on in that regard in Congress recently, including the fight over remarks made by Rep. Ilhan Omar (pictured here), D.-Minn., that many considered to be antisemitic.

"Omar," the piece says, "also has vocal defenders in both the Democratic Party and the broader left-progressive community, including some prominent Jewish leftists. Her defenders argue she is being attacked in bad faith as a Muslim woman of color who dares to criticize Israel, pointing out that anti-Semitism on the right doesn’t get nearly this much attention.

"Nor, they argue, does Islamophobia get taken as seriously: Just this week, Republicans in the West Virginia Legislature put up a viciously Islamophobic poster connecting Omar to the 9/11 hijackers, without nearly as much fanfare as Omar’s comparatively tame comments. This backlash, particularly from progressive members of Congress, appears to have caused Democrats to delay the vote on the anti-Semitism resolution — and potentially rewrite its text entirely." (The Vox piece appeared before Thursday's vote but still has lots of good insights.)

In the meantime, the question for individual Americans and the groups to which they belong, including their faith communities, is whether they recognize bigotry and participate in it in some way, be it antisemitism, Islamophobia, racism or any other kind of sweeping prejudice. The Vox piece may help us with all of that in that it gives us a chance to think about how others hear the words we say or the actions we take.

We may have no ill intention but still use words or do actions that needlessly offend. That doesn't mean we shouldn't criticize what needs criticism. But it does mean that we should understand when our words are saying things to others that we really don't mean. In other words, we must listen with the ears of others.

WHAT DID THE METHODISTS DO?

There's still lots of confusion about what the United Methodist Church did by reaffirming its anti-LGBTQ teachings at its recent conference in St. Louis. This Religion News Service story tries to explain what happened and what happens next. The denomination's Judicial Council meets in April to determine whether the plan that was adopted, the so-called Traditional Plan, is constitutional. Once that's clear, expect Methodists who identify as moderates or progressives to begin to decide whether they can stay in the church or feel they must separate. Lots left to happen. Lots of pain still to be delivered to LGBTQ people, sadly. Right after the church's conference, here is what I wrote about it and about a recent Vatican meeting to discuss sexual abuse.