Home Archives Profile
An otherwise-worthy book has a deep flaw: 3-7-19
Unpacking the debate over supposed antisemitism: 3-9/10-19

I know that most Americans are not focused on developments in India. It's a long ways away, for one thing. And the conflict between India and Pakistan sometimes seems just as convoluted and intractable as the Arab-Israeli conflict. (But I have a special interest in India, given that I lived there for two years of my boyhood.) 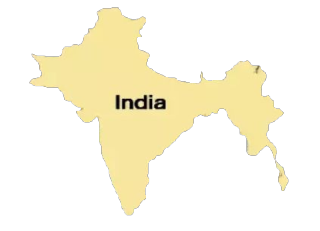 Still, India contains more than a billion people and has a huge economic, military and even spiritual influence on the world. So we would do well to pay attention to the recent military flareup between India and Pakistan over Kashmir (again) and to the upcoming elections in India, in which it appears that the destructively nationalist party of Prime Minister Narendra Modi, in office since 2014, will be affirmed in power.

This New Yorker piece does a good job of explaining how Modi's party has encouraged religious radicalism among some Hindus in India and how that is battering the Indian nation.

In that article, writer Eliza Griswold focuses on a radical Hindu group called Bajrang Dal: "The militant Hindu nationalism that the group espouses is not new. Nathuram Godse, who assassinated Gandhi, on January 30, 1948, was a member of the Rashtriya Swayamsevak Sangh, or R.S.S., a violent right-wing organization that promotes Hindu supremacy. Members of the Bajrang Dal are the movement’s foot soldiers, deployed in instances of mob violence or for targeted attacks against Muslims and other religious minorities.

"Paul Richard Brass, a professor emeritus of political science at the University of Washington, has called the Bajrang Dal 'a somewhat pathetic but nevertheless dangerous version of the Nazi S.A.' — or the Brownshirts, the Nazi Party’s first paramilitary organization.

"For much for the past thirty years, the Bajrang Dal has either been banned or has lurked at the margins of Indian society. But in 2014 Narendra Modi, the leader of the Bharatiya Janata Party, or the B.J.P., a right-wing political party that was an offshoot of the R.S.S., was elected Prime Minister. Since then, the militant group has been legitimized and grown exponentially more powerful."

A subcontinent in turmoil would be religiously as well as economically, geo-politically and militarily disastrous, and yet that's what Modi seems to be offering to the Indian electorate and, by extension, the world.

In the background of all this is an idealistic effort by Markandey Katju, former justice on India's Supreme Court and a childhood friend of mine who has remained a friend for more than 60 years. Katju recently launched an international effort to reunite India, Pakistan and Bangladesh, which were separated (violently) in 1947 when India achieved independence from Britain.

Katju's Indian Reunification Association already has been drawing in hundreds of people who catch his vision of a unified subcontinent too busy improving lives to continue fighting over needless religious and political issues. While you're on that IRA site, take a look at the series of addresses to the Indian nation that Markandey has made since launching the IRA.

Reunification, he acknowledges, is a long-term goal. But the cooperative spirit behind the idea is what the subcontinent desperately needs now, especially given the growing Hindu nationalist militancy against Muslims and the Muslim pushback to all of that.

(The image here today shows what the IRA vision of what the borders of India would look like with the three countries combined.)

DOES THIS GUY EVEN HAVE A CREDIT CARD?

In remarks at the start of this Lenten season, Pope Francis urged people to avoid the “clutches of consumerism and the snares of selfishness.” Oh, come on. Now he's attacking the very foundations of the American economy.

Your Life Is Worth Living: 50 Lessons to Deepen Your Faith, by Fulton Sheen. The famous Catholic evangelist and bishop, Fulton Sheen, has been gone for almost 40 years, though he still has fans. He was bishop in Rochester, N.Y., when I was there in the late 1960s as a reporter and had several opportunities to meet and hear him. He was quite a presence. This new book, just released this week, is a collection of his thinking, speaking and writing. It's, well, like hearing an engaging Catholic voice from what now seems like a rather distant past, and yet at times a voice that foresees something of what's ahead. For instance, in a chapter called "Sex Is a Mystery," he talks about "the mess the sex instinct has us in today with uncontrolled use of pornographic literature. . ." Imagine what he might think today with an internet marinated in porn. In his chapter on "The Sacrament of Marriage," his thinking doesn't come anywhere close to imagining the legality in all 50 states today of same-sex marriage. And it reflects this pre-feminist view: "Man talks more about business, and woman talks more about persons." Sheen also rails on about the scary communism of the mid-20th Century, saying that communists "have unsuccessfully tried to convince us there is no God, but they have convinced us there is a devil." And he argues steadfastly for the Catholic view against artificial birth control, suggesting that people who say they can't afford more children are wrongly putting economics above the value of humanity. If you missed this kind of approach to faith when it was being offered or if you heard it then but still miss it, this is your chance to experience it and see what you make of it. I view it as a time vault into a rather different -- at times strangely out-of-touch but sincere -- time.