Home Archives Profile
An argument in favor of arguing with God: 3-6-19
Why we should care about turmoil in India: 3-8-19

Franciscan priest Richard Rohr, founder of the Center for Action and Contemplation in Albuquerque, N.M., deservedly has countless fans and followers. 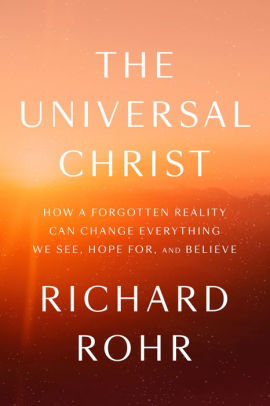 He's been a wise spiritual guide to many, and they've been awaiting his latest book, The Universal Christ: How a Forgotten Reality Can Change Everything We See, Hope For and Believe. It was published on Monday.

In it, he further unpacks ideas he's been thinking, speaking and writing about for some time. He wants people to remember that Christ isn't Jesus' last name. Rather, it's a title that means Messiah. But even beyond that, Rohr says, Christ is a cosmic term that refers to the divine presence throughout the universe, a presence that's been there from the moment of creation on.

The problem, he contends, is that from the time of the Great Schism of 1054, when the church split into Eastern Orthodoxy and Roman Catholicism, "we gradually lost this profound understanding of how God has been liberating and loving all that is. Instead, we gradually limited the Divine Presence to the single body of Jesus. . .Once we know that the entire physical world around us, all of creation, is both the hiding place and the revelation place for God, this world becomes home, safe, enchanted, offering grace to any who look deeply."

So, he insists, there has been more than one incarnation of God. The first one came at the creation, "when God joined in unity with the physical universe and became the light inside of everything." What Christians usually think of as the incarnation, meaning the birth of Jesus, therefore is really the second incarnation, Rohr writes.

All interesting stuff. And worth reading.

But there are some issues with this book. One is that Rohr never quite makes clear how his vision of what he calls the Universal Christ differs from what Christians call the Holy Spirit. At times, the Christ that Rohr describes can sound quite similar to a traditional understanding of the Holy Spirit. But this subject gets into what can be the tangled weeds of Trinitarian theology, and perhaps Rohr wished not to go down that fraught path. Still, a short clarification about this would have been helpful.

Another issue is that Rohr tends to wander. Mostly it's useful wandering, meaning that he veers off his primary point until the reader wonders what his words have to do with that main point, even though the path has turned up some intriguing ideas. But it's wandering nonetheless and sometimes the reader may feel as if taken on a ride not bargained for.

But the most serious problem with this book is, frankly, shocking. Describing that problem will require a little background.

Almost from its beginning, Christianity has preached a vicious anti-Judaism, which, among other things, described the Jews of Jesus' time and even later as "Christ killers." If you want a long explanation of that sordid history, here is my essay on it.

It has taken the church universal, including the Catholic Church, most of 2,000 years to turn away from its anti-Jewish teachings. (That renunciation gained considerable speed after the Holocaust.) Indeed, it wasn't until 1965, in a Vatican II document called Nostra Aetate (meaning "In Our Time"), that the Catholic Church finally declared that Jews should not be blamed for the death of Jesus. The relevant phrase from that important document says this: "True, the Jewish authorities and those who followed their lead pressed for the death of Christ; still, what happened in His passion cannot be charged against all the Jews, without distinction, then alive, nor against the Jews of today."

The phrase "what happened in His passion" includes, of course, Jesus' crucifixion, which caused his death. So the church finally was saying that not all Jews back then and certainly no Jews alive now should be blamed for Jesus' death.

But Rohr in this new book writes something that makes it seem as if he's never heard of Nostra Aetate:

"Early-stage religion tends to focus on cleaning up, which is to say, determining who meets the requirements for moral behavior and religious belief. But Jesus threw a wrench into this whole machinery by refusing to enforce or even bother with what he considered secondary issues like the Sabbath, ritual laws, purity codes, membership requirements, debt codes, on and on. He saw they were only 'human commandments,' which far too often took the place of love. . .

"It's no wonder his fellow Jews had to kill Jesus, just as many Catholics would love to eliminate Pope Francis today."

I'm not quite sure why Rohr attributes fatal intentions to the most severe critics of Francis, but let that go for the moment. What is deeply troubling is that not only does Rohr dismiss Judaism in the First Century as an "early-stage" cold-hearted religion of nothing but rules, he also does exactly what Nostra Aetate says Christians must not do -- blame all "his fellow Jews" for Jesus' death.

I simply can't imagine how someone of Rohr's sensitivity and background could write that or how any editor (this book is published by Convergent Books, which is a trademark of Penguin Random House) could have allowed those words to go unchallenged.

When I read the offending passage, I contacted the great New Testament scholar at Vanderbilt University, Amy-Jill Levine, to ask if I was misreading this or was missing something. She confirmed that I was on track and then offered a rebuttal to what Rohr has written. My direct question to her about Rohr's words in this passage was: "I simply cannot imagine any way to defend that. Can you?" She answered:

No, but I can imagine the good work you would do by combating such teaching.
a. He (Jesus) considered Sabbath essential, which is why he allows people fully to celebrate it by healing them. Hence his comment, “do not think I have come to abolish the law and the prophets…”
b. He RESTORES people to states of ritual purity, has the cleansed leprous man offer the appropriate sacrifice.
c. He sets up an inner circle of apostles amid the broader circle of disciples; calls some people and not others, and condemns entire cities.
d. He USES the debt code to explain his death: as a "ransom" for many. The women in Luke 8.1-3 follow him in response to their healing, which is part of the debt code.
e. “The Jews” did not kill him; good Christian theology would suggest that “human sin” did.
Surely a priest of the Church could do better?

Another Jewish scholar (Levine is Jewish) with whom I checked about this, Mark D. Nanos, was simply dumbstruck by what Rohr wrote: "Wow, this stuff never ceases to amaze," he told me. If Rohr read the gospels, said Nanos, whose work focuses on the Apostle Paul, he would "see that even if he wants to believe this, the evidence is not there." 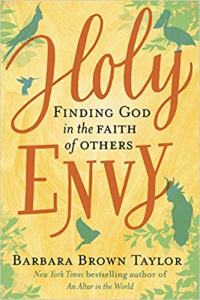 Rohr is using here what author, teacher and Episcopal priest Barbara Brown Taylor, in her new book, Holy Envy (to be published Tuesday; I'll review it here on the blog soon), calls "the language of contempt." She says that she herself was guilty of such language against Judaism in her sermons without recognizing it until a reader of them called her on it. The reader, she writes, "helped me see how I perpetuated the Gospels' portrayal of 'the Jews' without drawing attention to the imprecision of the phrase or the reasons why it was used (in the Gospels) so venomously." Exactly. I'm not accusing Rohr of venom, but, rather, of astonishing and inexcusable imprecision.

As someone who has appreciated Rohr's work and has learned from him, I normally would be tempted to write this off as an unintentional error by which he meant no harm. But because of Christianity's disheartening history of anti-Judaism, influential writers like Rohr have a special responsibility not to backslide even unintentionally into that brand of hatred. Rohr failed at that in what he wrote in his new book, and I find that terribly disturbing and even stunning. We Christians simply must do better at this, including Rohr.

CAN THE METHODISTS LEARN FROM THE BAPTISTS?

Nancy T. Ammerman, a religious scholar I first came to know in the aftermath of the fatal Branch Davidian fire in 1993 near Waco, Texas, has written this interesting piece about what the struggling United Methodists can learn from a Baptist division in the 1980s. She writes, "In a very large denomination, spread out across the country, even. . .socially different groups can coexist for a long time without a split. A split also requires an organized movement to 'call the question.' That’s what happened to Baptists in the 1980s, and that is what has happened to Methodists over the last decade. Now that the Methodists have reached the precipice, the very complicated organizational work of division has to get underway, and one thing is sure: Nothing will happen quickly." The impending United Methodist schism, if it comes to that, no doubt will take a different path than the Baptist split, but it will be a fascinating story to follow.